The Institute for Catastrophic Loss Reduction (ICLR) will be hosting a webinar on “Great Cascadia megathrust earthquakes” on Thursday, Jan. 26 from 10 a.m. until 11:30 a.m. EST. 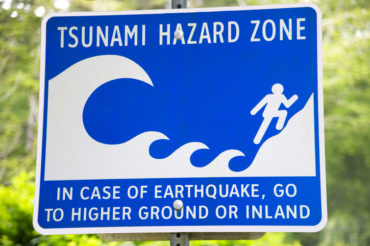 The workshop, titled “Great Cascadia megathrust earthquakes: Past, present, and future,” will focus on megathrust earthquakes and the tsunamis caused by them and the threats posed to communities along much of the west coast of North America. However, “without an instrumentally recorded great Cascadia earthquake, our knowledge of these events that guides risk mitigation is based on geological observations, geodetic monitoring, geophysical modelling, and global comparison,” noted information from ICLR.

In this webinar, Kelin Wang, a senior research scientist with the Geological Survey of Canada, will review the state of knowledge of relevant observational and theoretical studies and discuss remaining scientific challenges regarding west coast megathrust earthquakes.

The ICLR information said that Wang completed his undergraduate studies in geology at Peking University in Beijing, China, and earned his PhD in geophysics from the University of Western Ontario in London, Ont. Most of his current research is on the geodynamics of subduction zones and related earthquake and tsunami hazards, but he has also worked on a range of other topics regarding the thermal, mechanical and hydrogeological processes of Earth’s lithosphere.

Wang is an adjunct professor at the University of Victoria in the British Columbian city of the same name and an honorary or guest professor for several other scientific institutions. He is co-editor-in-chief for the Tectonophysics journal and was or still is on the editorial boards of several other scientific journals. In addition, the ICLR information said, Wang is a fellow of the American Geophysical Union and was formerly the secretary of the Canadian Geophysical Union (CGU). In 2015, he was awarded the J. Tuzo Wilson Medal by the CGU, which is given annually to recognize scientists who make outstanding contributions to the advancement of knowledge in any research area of the union (such as solid earth, biogeosciences, geodesy, hydrology or earth surface processes). He was also named the 2015 Birch Lecturer by the American Geophysical Union.