Inattentive driving is linked to more collisions on Ontario Provincial Police (OPP)-patrolled roads so far this year than speeding and alcohol/drug-related collisions combined, the police service reported on Tuesday. 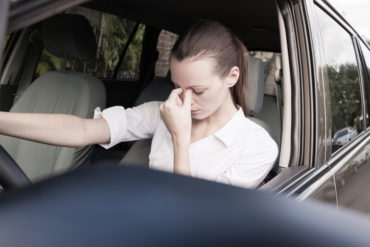 As well, a total of 47 people have died to date this year due to an inattentive driver, up from 39 such deaths this time last year.

“Our collision data is compelling evidence that drivers who text, talk on their cellphone or are distracted in some other way, take a tremendous toll on the safety of those who share the road with them,” said J.V.N. (Vince) Hawkes, OPP Commissioner, in the release. “Public complacency about inattentive driving can be just as dangerous as the behaviour itself. Until drivers, passengers and the general public take a firm stand against this road safety issue, these tragedies are expected to continue in large numbers on our roads.”

According to the OPP, with the exception of 2012, inattentive drivers have taken more lives on OPP-patrolled roads than speeding and alcohol-impaired drivers since Ontario distracted driving laws took effect in 2009.

Talking to passengers and driving while fatigued (mentally and/or physically) are even considered forms of distracted driving, noted information from the OPP.

A distracted driving conviction results in a fine of $400, plus a victim surcharge and court fee, for a total of $490 if settled out of court, the information said. If a person receives a summons or fights their ticket, they will receive a fine of up to $1,000. Three demerit points are also added to a person’s driving record.

“You can also be charged with careless driving if you endanger others by being distracted behind the wheel, which includes using both hand-held and hands-free devices,” the information said. If convicted, a person will automatically receive: six demerit points, fines up to $2,000 and/or a jail term of six months and up to a two-year licence suspension. “You can even be charged with dangerous driving (a criminal offence), with jail terms of up to five years,” the OPP reported.

Police will be conducting a Labour Day weekend distracted driving campaign from Sept. 1 to 4.