The Supreme Court of Canada announced Thursday it will not hear an appeal from a construction worker who was named in a statement of claim by a federal employee in Whitehorse, paving the way for an injured worker to sue corporations for a workplace injury. 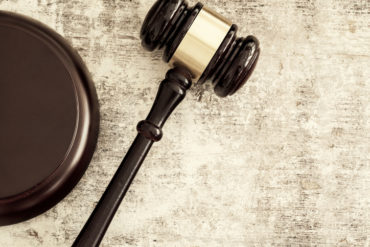 In 2012, Linda Hill was struck on the head by a piece of wood that had fallen from the roof at the Elijah Smith Building, where she works for the federal government.

She sued construction worker Jason Tomandl – along with Ketza Construction Corp. and SNC-Lavalin Group Inc. – who applied to have the suit dismissed.

The defendants argued that the federal Government Employees Compensation Act “incorporates a provision of the Alberta Workers’ Compensation Act… that prevents actions for workplace injuries from being pursued against private sector employers and workers.”

The Supreme Court of Yukon declined to dismiss the lawsuit, a ruling that was upheld on appeal in June, 2016. Tomandl applied for leave to appeal to the Supreme Court of Canada, which announced Jan. 12 it dismissed his leave application.

GECA “extends benefits analogous to those under provincial and territorial workers’ compensation legislation to federal government employees,” and also “bars an employee who is eligible to receive compensation from bringing a civil claim against the federal Crown, its officers, servants, and agents,” wrote Mr. Justice Harvey Groberman of the Court of Appeal of Yukon.

The defendants argued that “the whole point of a universal scheme of compensation is to avoid lawsuits where employers and employees are involved,” Mr. Justice John Vertes of the Supreme Court of Yukon wrote in 2015.

However, when GECA was revised in 1955, there was “no suggestion that the new legislation would curtail an employee’s right to sue an employer or worker other than the Crown and its servants,” Justice Groberman wrote.

In Canada, workers’ compensation began when Sir William Ralph Meredith was appointed in 1910 to recommend a scheme for Ontario, Mr. Justice John Sopinka noted in the Supreme Court of Canada ruling in Pasiechnyk v. Saskatchewan, released in 1997.

“The bar to actions against employers is central to the workers’ compensation scheme as Meredith conceived of it: it is the other half of the trade-off,” Justice Sopinka wrote. “It would be unfair to allow actions to proceed against employers where there was a chance of the injured worker’s obtaining greater compensation, and yet still to force employers to contribute to a no-fault insurance scheme.”

But in GECA, “the sections specifically dealing with civil claims do not incorporate provisions of provincial law into the scheme of” GECA, Justice Groberman wrote. “The manner in which the statute is structured, therefore, suggests that the incorporation of provincial legislation is for the limited purposes of determining eligibility for, and rates of, compensation.”

Some employees in Canada are not covered by workers’ compensation and can therefore sue their employers, but employers do not always purchase insurance that covers this type of liability.

In 2013, the Court of Appeal for Ontario ruled in favour of Lombard General Insurance Company of Canada when a firm insured by a commercial general liability policy tried to claim coverage after it was sued by an employee who was hurt on the job.

John Ferber, then a vice-president Wentworth Metal, was injured on the job in 1998. His right leg was severed below the knee after he was run over by a crane.

A lawsuit filed by Ferber against Wentworth Metal and the crane operator was settled for more than $1.1 million.

The Lombard CGL policy excluded ‘bodily injury to an employee of the Insured arising out of and in the course of employment by the Insured.’

In upholding that ruling in 2013, the Court of Appeal for Ontario noted that although Wentworth had a coverage gap, that gap could have been have eliminated by having Ferber covered by WSIB.

Wentworth “decided to take Ferber and its other executive officers out of Workers’ Compensation and pay for a private disability insurance policy,” Mr. Justice John Laskin wrote. “It was, of course, entitled to do so, but its decision had the consequences that have led to this litigation.”

Wentworth “could have eliminated the coverage gap… by buying an employer’s bodily injury liability coverage extension endorsement,” Justice Laskin added. “Wentworth did not purchase this endorsement before Ferber’s injury.”