The Ontario government should apply a file-and-use process for private passenger auto coverage, Insurance Bureau of Canada suggested in a paper released Monday. 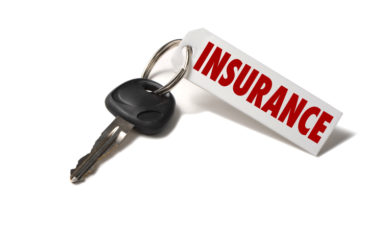 Auto insurers’ rate changes are subject to approval by the Financial Services Commission of Ontario.

“Insurers often have to file hundreds of pages of documentation and wait several months even for a small price adjustment,” Insurance Bureau of Canada stated in its submission to the government’s Red Tape Challenge. “The process is even longer and consists of more rules when insurers want to use new models that incorporate technology in assessing risk and determining the price.”

On March 29, the province’s ruling Liberals announced the Red Tape Challenge, which lets businesses and industry associations “submit comments about Ontario’s regulatory requirements directly to the government.” The program is intended to “help identify and eliminate regulatory duplication, lessen compliance burdens, shorten response times and make it easier for businesses and citizens to interact with government,” the province stated at the time.

IBC made seven recommendations in its submission released Monday. One recommendation is that the government “commit to reviewing the provisions in the Insurance Act and the corresponding regulations that pertain to the regulation of auto insurance prices and, in the meantime, apply a file-and-use process, with our without a pricing threshold, for personal vehicles.”

With its current rate filing system, FSCO aims to ensure that the proposed rates are not excessive but are also not going to impair an insurer’s long-term solvency.

Instead of the current system, FSCO “could allow insurers to file their prices for personal vehicles using the process that is currently used for non-personal vehicles,” IBC stated. “That process is known as file-and-use.”

Another approach “would be to allow insurers to proceed through a file-and-use process for price changes that are within a pre-set threshold,” IBC said.

IBC also recommended the government changes its policy on usage-based insurance, which some insurers implement using telematics devices that measure driving behaviour such as time of use, speed, hard braking and sudden acceleration.

In Bulletin A-16/16, FSCO noted that insurers may not use data from usage-based insurance pricing (UBIP) to decline risks, cancel risks refuse to renew risks, or apply surcharges.

IBC recommended, in its submission to the red tape challenge, that “FSCO amend Bulletin A-16/16 so that insurers can use UBIP to determine the price of auto insurance.”

The province’s Insurance Act specifies that certain applications can be sent to customer “using mail or delivery only,” IBC said in its submission. IBC recommends that the government change the regulations such that they “state explicitly that all insurance transactions can be completed electronically if the consumer provides the necessary consent, along the lines reflected in the Electronic Commerce Act.”

FSCO should also “amend the prescribed insurance forms to include the necessary data collection and consent provision disclosure statements that would allow consumers to enter into contracts and deliver and/or receive information electronically,” IBC said in its submission. “This approach should include the use of e-signatures.”