The premiums charged by British Columbia’s government-run monopoly provider of basic auto insurance are “not high enough” to cover claims, the system is not sustainable and the cost of the average minor bodily injury claim has risen well beyond the rate of inflation since 2000, Ernst & Young LLP said in a report commissioned by the provincial government and released Monday. 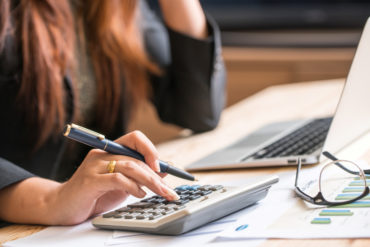 “A redesign of the current product is required,” EY said in the 195-page report, titled Affordable and Effective Auto Insurance – a New Road Forward for British Columbia.

“Due to the high levels of claims, ICBC’s near- and long-term financial condition is being seriously compromised,” EY stated.

“The significant external pressures on auto insurance rates outlined in the report are consistent with what ICBC has reported to the British Columbia Utilities Commission and communicated to the public over the last few years,” ICBC said in a release. “These pressures, many of which have been seen throughout the auto insurance industry across North America, include a rapid acceleration in the number of crashes, the number of claims and the cost of those claims.”

ICBC added it has “only just begun to review” the details of EY’s report.

“A cap on pain and suffering for minor injury claims would help control the cost of minor injuries, with no impact to non-minor injured claimants and no restriction to claims for economic loss (e.g., wages and medical treatment) for minor or non-minor injuries,” EY suggested.  “Such caps have been introduced and effected more stable claim costs in the auto insurance systems in Alberta, New Brunswick and Nova Scotia.”

The objective of the report was “obtaining a range of options for ICBC and the BC government to consider that would increase fairness and affordability related to Basic Insurance, with the goal of keeping future Basic rate increase in line with the rate of inflation,” EY noted.

“Ontario has one of the least effective insurance systems in Canada,” EY contended in the report. “It is filled with disputes and inefficiencies, and a very high percentage of premiums going to experts and lawyers rather than directly to claimants.”