Insured losses from Japan earthquakes in April could be between US$1.7 billion and US$2.9 billion

Insured losses from the two earthquakes that struck Japan in April could be as high as US$1.7 billion to US$2.9 billion, with economic losses of US$5.5 billion to US$7.5 billion, industry experts suggested on Wednesday. 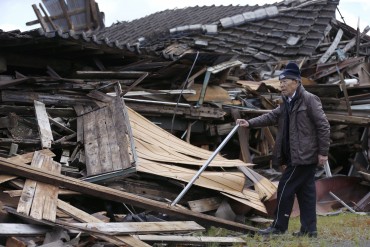 Guy Carpenter & Company, a global risk and reinsurance specialist and wholly owned subsidiary of Marsh & McLennan Companies, said in a briefing that industry estimates of the insured losses for property risks stemming from the two earthquakes range from US$1.7 billion to US$2.9 billion. According to the Japan Fire and Disaster Management Agency, the event caused 65 fatalities, 332 severe injuries and total damage to more than 2,000 buildings. Nearby companies including Nissan, Honda and Toyota Motor Corporation also felt the significant impact of the events, with Toyota alone expected to lose 80,000 units of production after shutting down nearly all of its assembly plants in Japan, Guy Carpenter said in the statement.

On April 14, a moment magnitude 6.2 earthquake struck approximately 7.5 miles west-northwest of Kumamoto city in Kyushu, the southernmost main island of Japan. Only a few hours later, a magnitude-6 earthquake occurred approximately 6.2 miles south of Kumamoto city, Guy Carpenter said. The two events triggered a series of foreshocks and aftershocks over a four-day period.

“The Kumamoto earthquake was once again a reminder of the intense power of seismic activity and the potential effect of such events on both businesses and communities,” said Edward Fenton, regional manager, Japan, at Guy Carpenter. “Japan is known for its earthquake potential. The risks associated with this peril are dealt with by a combination of the private sector and, similar to many other earthquake-prone countries, the government, which plays an important and active role in insuring the risks associated with these catastrophes.”

Global catastrophe risk management firm Risk Management Solutions, Inc. (RMS) has estimated the insured losses for the earthquake at between US$800 million and US$1.2 billion. “The RMS insurance loss estimate is based on assumed insurance penetration rates and includes insured physical damage to property due to ground-shaking, fire following earthquake and liquefaction,” the company said in a press release on Wednesday.

“The updated economic damage estimate reflects the evolution of the building damage statistics from the April 14 and 15 events, detailed data gathered through reconnaissance by RMS engineers and scientists, and revisions to the US Geological Survey ShakeMap,” said Renee Lee, senior earthquake engineer at RMS, in the press release. “Our understanding of the events in Kumamoto takes into account this new information.”

Guy Carpenter noted in the briefing that in Japan, there are two major sources of earthquake insurance for houses and residential buildings: commercial non-life insurance companies that operate with support from the government, and cooperative insurers. For all buildings and man-made structures other than houses and residential buildings, earthquake insurance is available from commercial non-life companies, though on a strictly controlled basis.

The other source of residential earthquake insurance is through a limited number of cooperative insurers, which have no government support. Almost all cooperatives in this class purchase non-proportional reinsurance from the international reinsurance market and, in certain cases, also access the capital markets for protection via catastrophe bond issuance.