If the Lloyd’s insurance business model is going to survive, it needs to adapt to today’s digitized world, suggests the chief executive officer of a large global insurer.

“The Lloyd’s marketplace is important to the industry but it has longer term structural issues, in my mind, that it ultimately has to address,” said Evan Greenberg, chairman, president and CEO of Zurich-based Chubb Limited, during a recent earnings call. 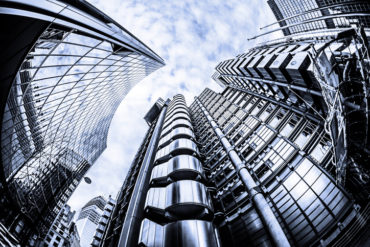 Greenberg was asked by an investment banking analyst for his thoughts on how he envisions the future of Lloyd’s with John Neal at the helm. Neal was appointed CEO of Lloyd’s Oct. 15, replacing Inga Beale.

“I think he’s a good man. I wish him all the best in his role,” Greenberg said of Neal, noting that the CEO of Lloyd’s presides over a marketplace where the underwriting decisions are made by the individual syndicates.

When placing insurance in the Lloyd’s market, business is often done face-to-face, Lloyd’s noted in its annual report for 2017, released this past March.

The Lloyd’s business model “worked very well before a globalized world and before a digitized world and I think the world has changed,” Greenberg said Oct. 15 during Chubb’s conference call discussing its third-quarter financial results. “I think the model, to survive and to remain as robust, has got to adapt. Its cost structure is way too high. The way you access the market is way too inefficient.”

Lloyd’s acknowledged in its 2017 annual report that its expense ratio (39.5% in 2017) is higher than some of its competitors.

“Placing and processing business must be made easier and more efficient in order to make Lloyd’s more attractive, both in London and in local markets,” Lloyd’s said in its annual report.

“Lloyd’s has embraced the age of digital disruption by using digital platforms like the coverholder matching portal to reach customers more quickly and efficiently than ever, and through initiatives like the Lloyd’s Lab where entrepreneurs are redefining how Lloyd’s uses technology,” a Lloyd’s spokesperson told Canadian Underwriter Monday.

Chubb was renamed from ACE Limited when ACE acquired Warren, N.J.-based The Chubb Corporation in 2015.

Through London-based Chubb Global Markets, Chubb operates in the Lloyd’s market through Syndicate 2488.

Chubb’s Lloyd’s syndicate had gross premiums written of 460 million British pounds in 2017, Lloyd’s said this past March in its annual report.

In Canada, the Lloyd’s market placed fourth (after Intact, Aviva and Desjardins) in the P&C market in 2017 when ranked by net premiums written.

Some Lloyd’s syndicates are owned by major insurers, such as Fairfax Financial Holdings, AXA-XL, Axis and Travelers, among others.

One role of the Corporation of Lloyd’s is to oversee the activities of the Lloyd’s market’s 56 managing general agents and 83 syndicates.

But there is also supervision being done by the firms themselves, their parent companies (in some cases) and by regulators, Lloyd’s noted in its 2017 annual report. “It remains a key objective for us to be as efficient as possible in our oversight and to minimize duplication with work undertaken by these parties.”