The pace of the hardening market in commercial lines has come as a surprise to some executives at Canada’s largest property and casualty insurer.

“We have seen a shift in commercial lines that is pretty abrupt in the past six months,” Charles Brindamour, CEO of Intact Financial Corp., said during a recent conference call with stock and bond analysts. “We are surprised at the speed by which this market is hardening.” 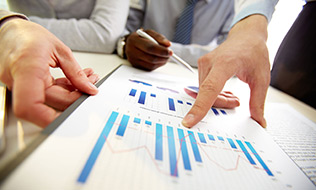 Brindamour made the comment while Intact officials were discussing the insurer’s financial results for 2018. Intact reported an 11% increase in direct premiums written in commercial lines, from $657 million during 2017 Q4 to $732 million in the latest quarter.

“If you look at the dollar growth of direct written premiums between 2017 and 2018, 50% of that dollar growth is coming from regular lines and 50% in specialty lines,” Intact senior vice president of commercial Alain Lessard said Feb. 6 during the earnings call.

In regular commercial lines, the growth in premiums is “all driven by rates,” added Lessard. “There is really no unit growth overall.”

Industry-wide, the combined ratio in commercial lines is greater than 100%, Brindamour suggested. “That is a combination of it being soft in the past decade and a bit of inflation, including changes in weather patterns.”

Other commercial insurers reporting a hardening market include Bermuda-based Axis Capital Holdings Ltd., which has a branch office in Toronto.

In commercial primary insurance, 87% of Axis Capital’s business renewed “at flat or better” in the fourth quarter of 2018, Axis CEO Albert Benmichol said on his company’s recent earnings call. The average rate increase in December was more than 6%.

“From what we observe, we believe our average rate increases are ahead of the market,” Benmichol reported.

Benmichol said the commercial insurance industry needs to change its definition of excess casualty. “Twenty years ago, it was above $2 million,” he said. “Well, $2 million is a working layer today. What we are pushing is excess needs to attach at closer to $5 million to really be considered excess.”

In Axis Capital’s North American professional lines business, the average rate increase was 1% for 2018, but  there was “an acceleration” in December 2018, Benmichol said.