Insurer loses scooter claim because of a ‘deprecated’ sales receipt

If a claim for a stolen scooter draws suspicion, an insurer will need to do more than just cite skepticism about the condition in which the power charger, keys and helmet are returned — especially if the electronic bike’s purchase receipt is marked as “deprecated.”

The word “deprecated” is a stock-keeping system term meaning that the description used in the sales receipt is obsolete and best-avoided.

This kind of receipt figured largely in a scooter claim decided recently by the B.C. Civil Resolution Tribunal. The tribunal ruled that Economical Mutual Insurance Company was obligated to pay $1,000 to a claimant, Arthur Corber.

Corber reported his $2,100 electric bicycle stolen in late September 2019. He claimed $3,000 from Economical to cover the loss of his scooter and the belongings that had been stolen along with it.

The CRT ordered Economical to pay Corber $1,000, which was the policy limit. (The tribunal reduced the claim amount by the $1,000 deductible). The CRT ruling disallowed a portion of the client’s claims for belongings, citing instances of missing receipts.

Corber purchased a Motorino electric bicycle from Greenwit Technologies Ltd., also known as “Motorino Electric Cycles,” in Vancouver on Mar. 30, 2019. The purchase receipt gave the electric bicycle’s serial number and described it as, “DEPRICATED – DO NOT USE SKU – Motorino XPn – 60v SLA.” 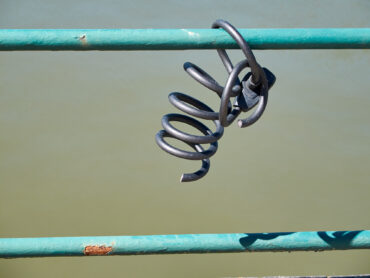 According to Economical’s claims notes (which Corber did not dispute), Corber locked the scooter to a post with a chain or cable lock while he went to a bar on Sept. 28, 2019. He decided not to ride the scooter home after drinking alcohol at the bar. He checked to make sure the scooter was still chained to the post before walking home at approximately 1:00 a.m. The following day, Corber returned by bus to find the scooter missing.

Economical appeared doubtful that Corber’s scooter had been stolen. The insurer kept asking Corber for more information, including a request that he hand over the power charger for the bike, the FOB keys, and his bike helmet.

Part of Economical’s suspicion rested on the 48-volt power charger that Corber provided to the insurer. The purchase receipt indicated “60v,” suggesting the bike required a 60-volt battery.

“In email correspondence with Economical, Greenwit said that chargers are provided with all Greenwit’s electric bicycle sales, and that a 48-volt charger would not be compatible with a 60-volt bicycle such as the one shown on the sales receipt,” CRT Member Chad McCarthy wrote in his decision. “However…the sales receipt used a ‘depricated’ [which the court interpreted to mean deprecated] product code for the bicycle, which I find was obsolete and best avoided. I find this casts doubt on the accuracy of the receipt’s description of the bicycle sold to Mr. Corber, which said the bicycle was “60v” but did not include a model year….

“On balance, I find the evidence does not confirm that the scooter sold to Mr. Corber, with the serial number shown on the receipt, was in fact a 60-volt model, as opposed to a 48-volt version.”

The CRT also rejected the insurer’s contention that the scooter’s key, which Corber provided to the insurer, did not look like photos of keys for similar scooters provided by Greenwit. In fact, Greenwit confirmed that the key was compatible with the make and model of the bike purchased by Corber.

Economical questioned why Corber did not provide the alarm FOBs, the keys to the scooter’s lockable compartments, and a picture of his bike helmet to the insurer.

The court held the deprecated receipt made no mention of whether these objects came with the bike, and so it could not be assumed that Corber ever had them (Corber said he supplied all keys that he had to the insurer). “Even if Mr. Corber failed to provide Economical with compartment keys and FOBs that were sold with the scooter, I find provides little support for the scooter not having been stolen,” McCarthy wrote.

As for the missing bike helmet, the court made the same finding: “Economical does not explain how Mr. Corber’s failure to prove that he still possessed his bicycle helmet is relevant to the scooter’s theft in these circumstances.”