Insurers jumping out of the trampoline business

Canadian insurers are jumping out of the trampoline business.

Gina Bennett, vice president of Markel Canada’s western region, told Canadian Underwriter Thursday that there are few markets to approach for trampoline risks, as most sports insurance carriers have exited writing this class. Bennett is the former president of Allsport Insurance, a managing general agent (MGA) that was fully acquired by Markel in April 2017. 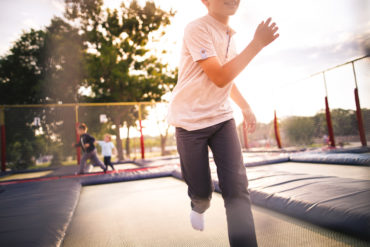 Contributing factors include several catastrophic injuries and deaths in the last few years – primarily at trampoline park facilities, but also through provincial gymnastics associations. “Underwriters are not willing to take on the severe and frequent losses of this activity,” said Bennett.

In fact, some carriers are exiting writing sports insurance altogether. “We are seeing the market harden in some classes or outright change of appetite for some carriers,” Bennett said.

Insurance for inflatable equipment such as bouncy castles is also showing signs of market hardening. In one case in the United Kingdom, a three-year-old girl died while jumping on a bouncy castle with a trampoline. The trampoline exploded and launched her 30 feet into the air.

“We see deaths and severe injuries from these devices throughout the world,” said Bennett. “We pay attention to this when underwriting these exposures.”

“Insuring anything that’s got a trampoline in it seems to be incredibly difficult at the moment,” Hirst said. “It’s mainly down to frequency and size of losses that have occurred over a very long time, but certainly running up to Christmas last year, there were a couple of really bad claims, which has almost dried up capacity for trampoline risk.”

Trampolines are a very specific risk contained within the broader category of sports and recreation insurance. In general, the sports insurance market is hardening in certain classes and coverages due to increased number of claims, Bennett said.

2 Comments » for Insurers jumping out of the trampoline business