What insurers paid out for the latest Ontario storm

A brief but powerful thunderstorm that rolled through southern Ontario on June 13 has been declared a notable claims event by Catastrophe Indices and Quantification Inc. (CatIQ).

While the storm did not meet the catastrophe threshold of at least $25 million in property damage, it did result in significant losses of between $10 million and $25 million. Laura Twidle, director of CAT loss analysis with CatIQ, added Monday that the organization does not receive company data for notable events, so it will never have an “official” estimate of losses. 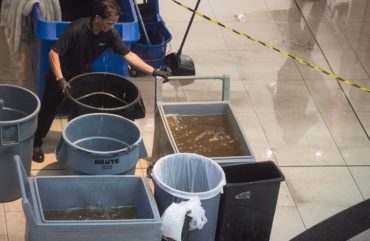 “The trail of damage, which stretched over 30 kilometres and was about 600 metres at its widest point, was reported by the local survey team to be consistent with damage from an EF1 tornado,” Aon Benfield said. “In Toronto, strong gusts from a thunderstorm downed trees and snapped powerlines, resulting in several houses and vehicles being damaged. Some areas also reported minor flooding….The assessment of damage is yet to be completed, but is expected to be millions of dollars.”

Insurance Bureau of Canada told Canadian Underwriter about a month ago that Ontario storms this year alone have already cost insurers more than $700 million.

The storm even resulted in a water leak inside Toronto’s large Eaton Centre shopping mall, the Canadian Press reported on June 14. A spokeswoman for mall operator Cadillac Fairview said that the leak, believed to have been caused by the rain, started on the third level of the mall and flowed down to the lower levels. Part of the mall was closed off, and some stores were closed early as a safety precaution.

Environment Canada reported that the storm “became more powerful than expected” because of the time of day at which it occurred, and the conditions that prevailed at the time. Senior climatologist David Phillips told the Canadian Press that the storm would likely have been less damaging if the cold front that caused it had struck earlier in the day, when temperatures and humidity levels were lower. But when the cold front passed over the southern part of Ontario during the mid to late afternoon, it encountered warm, moist air that gave the storm an additional boost.

Environment Canada received reports of uprooted or damaged trees around Lake Erie, in pockets throughout the Greater Toronto Area and in Algonquin Park. Local bands of nickel to quarter-sized hail and heavy rain caused flooding. In several instances, trees were torn apart or ripped from their roots together. One house even had tree branches embedded in the roof, while a porch and nearby barn were destroyed by falling debris.

More News
Related
How much this province’s “historic” flooding will cost the industry
CatIQ enters into agreement with Impact Forecasting to use cat event flood response footprints for Canada
Aon Benfield suggests Brantford flooding will cost “tens of millions”
Will Ottawa-Gatineau insured losses set a record for tornado damage?