Are you cross-selling enough?

Cross-selling is a huge untapped potential for insurers, particularly since consumers overwhelmingly want a single insurer to meet all of their policy needs, according to a new survey.

Insurers frequently contact their customers, though rarely for cross-selling. In Canada only 4-5% of survey respondents said their insurer contacted them regarding additional coverage, even though about nine in 10 respondents said they have been in contact with their insurer within the last year, said the study from Simon-Kucher & Partners, a global strategy and marketing consulting firm. 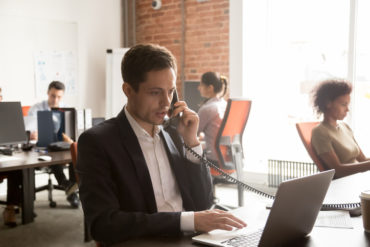 Released Tuesday, the Customer Loyalty and Cross-Selling in the Insurance Industry study included nearly 350 participants who have at least one private insurance policy. Survey results are derived from a “good distribution across the Canada population with representation for significant variables, including employment, age and marital status,” Simon-Kucher & Partners said in a press release.

Most insurers do not offer a comprehensive portfolio of insurance policies in their offerings, and they are not able to provide the Canadian consumer with a one-stop shopping experience, the survey found. Although an overwhelming majority (93%) of respondents said they would like to purchase multiple policies from one insurer, only 29% said they had a majority of their policies with one insurer.

“The Canadian insurance market is siloed, so customers may not be able to buy all their policies from one provider,” the study pointed out.

Customers in the survey said one insurance provider for all their insurance needs would make managing their policies easier and more convenient. A majority (70%) of respondents said they would even be willing to pay a slightly higher price for better products, service and brand, a smoother experience and more convenience. This suggests there is an opportunity for insurers to deepen the relationship with consumers, said Wei Ke, managing partner at Simon-Kucher & Partners.

“If insurers can address customers’ desires, they could charge for it,” the release said. “Insurers’ sales efforts are also coming up short, leading to missed opportunities in terms of revenue growth and loyalty.”

Customers who had a majority of their policies with one insurer were found to be more satisfied with their experience in terms of service, product specification, personal advisors, price and discounts, compared to customers who did not have a main insurance provider. Customers using “niche providers” were found to be less satisfied compared to those who have a main insurer.