Brokerages looking to expand should be prepared to invest in technology and think differently, but innovation does not necessarily require a huge investment, speakers suggested Monday during InsurTechTO. 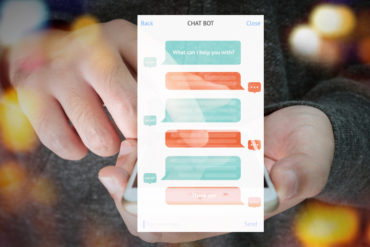 “Know what you want to be and how you want to get there and what that looks like for you,” said Sean Widdess, head of strategic partnerships at LowestRates.ca. “If you are a brokerage in a community that is super successful and has friends and referrals and community functions and you are happy with that … that’s great. If you want to scale out and become the biggest player in Ontario, you are going to have to think different and there is going to be some investment, so you have to decide what you want to be.”

Widdess was one of four panelists at an InsurTechTO session titled Broker 2.0: The Transformation of the Modern Broker, moderated by Canadian Undewriter publisher Ian Portsmouth.

The developers “allow us to really build on to things that already exist,” Ketelaars said, citing as an example a refund portal.

“If something happens with the client and we need to make a refund with them, they don’t have to go through a whole bunch of hoops and red tape,” said Ketelaars. “They simply use the portal internally and that allows us to track it and to keep an eye on it.”

Mitchell and Whale also uses a chatbot to gives quotes and take claims, among other things.

“We implemented a chatbot early on this year,” Gory said. “We have had a lot of success.”

“Don’t be afraid to try something out and kick the tires on it,” Gory said.

InsurTechTO was produced by Insurance-Canada.ca and held at the Westin Harbour Castle.

Adam Hare, chief operating officer of Insurance Jack, noted he came into the insurance industry from a marketing background.

Hare’s family owns Petley-Hare Limited which in 2015 launched Insurance Jack, which gives the firm “a chance to have kind of an incubator within our office to test, fail, learn and create new experiences,” Hare said at InsurTechTO.

“I feel like we are really running a technology company that happens to sell insurance,” Hare said. “It’s not an insurance brokerage that is dabbling in technology.”

At LowestRates.ca, “what we realized is that if two thirds of people are using their mobile phones, an e-mail isn’t as effective, so we implemented text messaging,’ Widdess said. “As soon as a lead is done, it gets generated, sent to the broker or the direct, a text message goes to the consumer right away. We are in early beta stages of this. We haven’t rolled it out 100% yet but the open rate, as you can imagine, on text messages, is significantly higher.”

The text messaging service is “something simple, easy to implement,” Widdess said.

“It doesn’t have to cost a lot of money,” Widdess told InsurTechTO attendees. “Don’t outspend your capacity to the point where you go bankrupt because there will be some companies that will. You will hear of them soon.”