Intact agrees to buy The Guarantee and MGA Frank Cowan

Princeton will continue to own retail brokerage Cowan Insurance Group as well as other businesses, including Cowan Asset Management and Fountain Street Finance.

The deal is subject to regulatory approval. 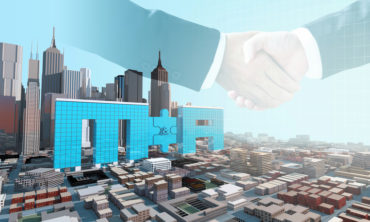 The Guarantee placed third in the Canadian surety market in 2018 (behind Intact and Aviva Canada), according to Canadian Underwriter‘s recently-released 2019 Statistical Guide. The Guarantee ranked 25th in the overall P&C market by net premiums written of $320 million in 2018. Intact is first in the overall market with about $8 billion in annual net premiums written.

The Guarantee and Frank Cowan “have built a strong customer-focused specialty and personal lines business over almost 150 years, of which we are very proud,” Princeton Holdings board chairman Maureen Cowan stated. “After careful consideration, we believe that combining our strong customer focus and the expertise of our employees in specialty lines and surety, with Intact’s resources, in particular its advanced analytics capabilities, provides tremendous opportunities for the combined entities to leverage one another’s strengths to build an outstanding, Canadian owned, North American specialty insurer.”

Princeton Holdings is based in Cambridge, near Kitchener.

The Guarantee writes surety, transportation and trade credit, as well as a variety of personal and commercial coverages. It announced a new CEO, Stephen C. Ruschak, this past May.

Intact acquired Jevco Insurance Company in 2012 from The Westaim Corp., which had bought Jevco in 2010 from Kingsway Financial.

Frank Cowan Company is based in Princeton, a village about halfway between Woodstock and Brantford. The MGA has two departments: public entity and specialty programs and associations. For daycare and schools, Frank Cowan places coverage such as malpractice, abuse, child abduction, workplace disruption, computer violation, identity theft and legal expense. It places similar coverages for nursing and retirement homes.

Brokerage Cowan Insurance Group – which is not being bought by Intact – places personal  and business insurance. Its target markets include agriculture, construction, municipalities, universities school boards, hospitals, and manufacturing.

The Guarantee was founded in Montreal in 1872. Its founding president, Sir Alexander Galt, was a father of confederation.

Canadian Underwriter will be providing regular updates to this story.