If your clients’ homes would cost more than $3 million to re-construct, they are probably in a new target market for Intact.

“We chose historically not to play in that space because we felt we could not provide a second-to-none experience,” said Charles Brindamour, CEO of Intact Financial Corp. during an earnings call Wednesday.

Brindamour was asked about the high-net-worth personal lines market, which Intact is going to start targetting now that Intact has agreed to buy The Guarantee Company of North America. 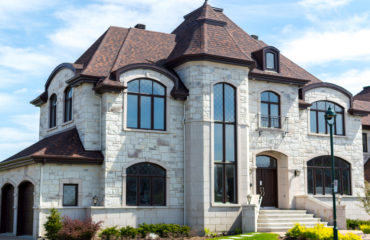 “When we close the [Guarantee] transaction, we will build a unit that will be entirely focussed on [the high-net-worth] segment with a dedicated appraisal process, dedicated claims support,” Brindamour said Wednesday during the conference call discussing Intact’s financial results for the quarter ending Sept. 30. “We are looking forward to tap into what we think is a market that is under-served today”

Intact announced Aug. 15 it agreed to buy The Guarantee Company of North America and managing general agent Frank Cowan Company Limited for about $1 billion from Cambridge, Ont.-based Princeton Holdings. The deal does not include retail brokerage Cowan Insurance Group, which will continue to be owned by Princeton.

“Most approvals have now been received and closing is on track before year end,” Brindamour told stock and bond analysts Wednesday. “Transition planning with The Guarantee and Frank Cowan teams is already well underway.”

In Canada there are not currently a lot of players in the high net worth market, Brindamour said Wednesday. He was asked how Intact defines high net worth and how the Guarantee acquisition changes Intact’s market share. Intact traditionally defined high net worth as one in which it would cost more than $3 million to rebuild the home, suggested Brindamour. “Anything above that is how we would define that segment. It is a rudimentary definition.”

Estimates vary widely on how big the high net worth market is in Canada, but it is probably a low, single-digit, billion-dollar market, Brindamour said Wednesday.

Intact is Canada’s largest P&C insurer by premium volume. The Guarantee ranked 25th in 2018 in the overall market but third in the surety market, behind Intact and Aviva.