Intact Financial Corporation (IFC) reported a $127 million impact in its second quarter financial results from the Fort McMurray wildfire, bringing its combined ratio to 99.2% for the quarter, including 8.8. points of Fort McMurray catastrophe losses. 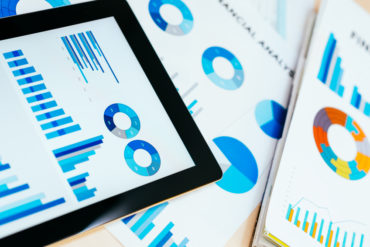 “We delivered $114 million in net operating income despite the $127 million impact from the Fort McMurray wildfires, the costliest insured catastrophe in Canadian history,” Charles Brindamour, Intact CEO said in a statement. “This is a strong testament to the resilience of our operations across the country and our ability to support our customers in good times and in bad. Our catastrophe response is well underway in Fort McMurray and we remain committed to helping our customers get back on track.”

The combined ratio of 99.2% for the second quarter, ending June 30, offset strong underlying underwriting performance, the statement said. Most of the Fort McMurray losses were incurred in the property lines, with a “small portion” in the auto lines. The combined ratio in Q2 2015 was 91.6%.

IFC said that personal auto premiums grew 6% on the company’s “telematics offer, improved, digital experiences, distribution and branding initiatives.” The lines’ combined ratio of 97.6% (Q2 2015: 90.3%) was impacted by a mild increase in claims frequency and severity, while earned rates were flat in the quarter. The resulting underwriting income was $23 million compared to $85 million last year.

Personal property premiums grew 9%, as growth initiatives were supported by favourable market conditions. The combined ratio was 106.7% (Q2 2015: 92.7%), including 24.7 points of losses from the Fort McMurray wildfires. This resulted in an underwriting loss of $30 million compared to income of $31 million last year, IFC reported. Excluding this catastrophe, the combined ratio of 82% was very strong “due to milder weather in Atlantic Canada, lower claims frequency and the effectiveness of the company’s profitability actions.” On a year-to-date basis, the combined ratio of 94.7%, including Fort McMurray, was in line with IFC’s target to operate at 95% or better, even with elevated catastrophe losses.

Commercial P&C premiums declined slightly in the most recent quarter as rate increases were offset by headwinds from the Alberta economy. The combined ratio was 98.2% (Q2 2015: 91.8%), including 10.7 points of losses from the Fort McMurray wildfires. This resulted in an underwriting income of $7 million compared to $33 million last year. Excluding this catastrophe, the combined ratio of 87.5% was strong, driven by lower large losses.

Commercial auto premiums grew slightly as rate actions were offset by headwinds from the Alberta economy. The combined ratio improved to 90.3% (Q2 2015: 94.4%), driven by profitability actions and favourable prior year development. This resulted in an underwriting income of $16 million compared to $9 million last year, the statement noted.

IFC added that solid premium growth of 5% was driven by personal lines, “as customers responded positively to new product offerings, improved digital experiences, distribution and branding initiatives.” In commercial lines, growth was dampened by the slowdown of the Alberta economy. For the first half of 2016, the company delivered “solid premium growth of 6%.”

Regarding its industry outlook, the company expects that industry premiums will grow at a low single-digit rate. In personal auto, IFC expects normal claims cost inflation will lead to moderate rate increases in all markets. In personal property, the company expects the current firm market conditions to continue, as companies adjust to changing weather patterns. “While commercial lines remain competitive, the company believes that continued low interest rates and elevated loss ratios of the past years support firm market conditions,” the statement said.

IFC is the largest provider of property and casualty insurance in Canada with close to $8 billion in premiums. The company insures more than five million individuals and businesses through its insurance subsidiaries and is the largest private sector provider of P&C insurance in British Columbia, Alberta, Ontario, Quebec, Nova Scotia and Newfoundland & Labrador. It distributes insurance under the Intact Insurance brand through a wide network of brokers, including its wholly owned subsidiary, BrokerLink, and directly to consumers through belairdirect.