The economic impact of the COVID-19 pandemic is one of the biggest risks facing Canadian insurers, executives told a recent investors’ conference.

“What can happen to us is what we call indirect losses,” Intact Financial Corp. CFO Louis Marcotte said during the recent Bloomberg Canadian Fixed Income Conference.

A panel of insurer executives was asked what are the biggest risks their companies are facing in the midst of the pandemic.

“The biggest one we are looking at is the uncertain economic environment right now and how it will affect all the companies and households — so all our customers,” said Mélissa Gilbert, executive vice president and lead, finance at La Capitale/SSQ Insurance, the Quebec City-based mutual formed from a merger this past July.

Indirect losses from COVID-19 “could be derived from the prolonged economic slump we are facing and that we may be facing going forward,” Marcotte said Sept. 24 during the Bloomberg panel. 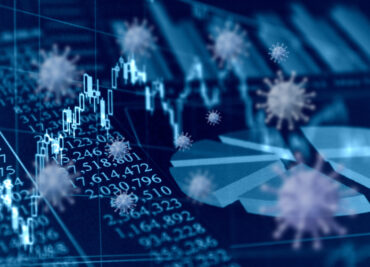 Marcotte draws a distinction between indirect losses and an $83-million charge that Intact took during the three months ending March 31.

COVID-19 was declared a pandemic March 11 by the World Health Organization.

The $83-million charge Intact took in Q1 was to set aside reserves for claims for liability, entertainment, tuition reimbursement in the United States and business interruption. Intact did not actually spend nearly $83 million on commercial claims for COVID-19 in Q1. It only set aside that much in reserves, having looked at its entire commercial book of business and its possible exposure. Intact aimed to “front-load” claims arising directly from COVID-19 into the reserves it set aside in the first quarter of 2020, even if some of those losses have yet to be reported, CEO Charles Brindamour said during an earnings call in July. By the end of Q2, Intact had only received about $30 million in claims.

Separately, Intact has said about 99.5% of its business interruption policies would not cover COVID-19-related closures because those policy wordings require some kind of physical damage.

The Canadian Press reported recently that 56,296 business closed in June, an improvement from May but still 44% more than in February. CP was quoting Statistics Canada, which said only about one-fifth of all businesses that closed in March or April had reopened by June.

In recent days, the daily COVID-19 case count reached 700 on Monday and 554 on Tuesday in Ontario, a far cry from double-digit daily case counts in August.

The Ontario government recently imposed further restrictions, including the closure of strip clubs, CP reported. The province is now requiring bars and restaurants to close by midnight, with alcohol service to stop at 11 p.m.

In Quebec, Health Minister Christian Dube was quoted by CP as saying residents need to “make a special effort” to limit contact with other people for at least 28 days in order to contain spread and save hospitals from increased burden.