Ontario’s Court of Appeal has upheld a ruling in favour of Intact Insurance Company in a priority dispute over who is afforded coverage when operating a rental vehicle.

In a decision released Thursday, the appeal court found that liability coverage for rental vehicles is available under the standard Ontario Automobile Policy (OAP1), but only when the vehicle is rented by the “named insured” or a spouse who lives with the named insured. 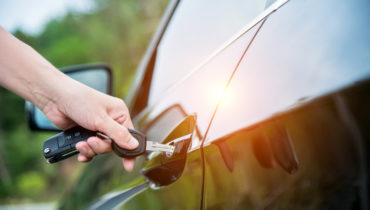 On June 29, 2013, Adi Perets was involved in a car accident while driving a rental car owned by Enterprise Rent-A-Car. At the time, she was living with her parents and was a “listed driver” under the OAP1 issued to her father by Intact. She was not a “named insured” on her father’s policy.

An application judge ruled in December 2017 that coverage under Intact’s OAP1 policy for a rental car was not available, meaning that the priority provision in the Insurance Act did not apply. As a result, liability fell to Enterprise’s insurer as the first loss insurer. The Superior Court of Justice’s Divisional Court upheld the decision on appeal in a June 2018 ruling.

“This argument was rejected by the application judge and the Divisional Court. We see no error in their analysis,” wrote Justices Paul Rouleau, Grant Huscroft and Ian Nordheimer in the appeal court decision Ontario Corporation Number 1009329 (Enterprise Rent-A-Car) v. Intact Insurance Company.

In dismissing the appeal, the Court of Appeal for Ontario looked at the interpretation of the Insurance Act and the provisions of a standard form contract of insurance. The appeal court acknowledged that the purpose of amendments to the act issued in 2005 was to reduce the financial exposure of rental car companies by making the rental car company’s insurance the policy of last resort on the priority ladder. “But the short answer to this appeal is that priorities under the Insurance Act depend on the existence of coverage under the policy of insurance, and in this case, no coverage is available to Ms. Perets under the Intact policy.”

In the absence of rental vehicle coverage, “it follows that the priority rules established in sections 277(1.1)(1) and 277(1.1)(2) [of the Insurance Act] have no relevance in this case,” the appeal court ruled. “Consequently, as the application judge and Divisional Court concluded, responsibility to provide coverage fell to Enterprise’s insurer under s. 277(1.1)(3).

“This interpretation is confirmed, in our view, by the existence of a separate optional endorsement providing rental vehicle coverage, the OPCF 27, which was not purchased in this case. The endorsement covers listed drivers who drive, rent, or lease other vehicles, and so would have covered Ms. Perets. As the application judge concluded, there would be no reason for this endorsement if, as Enterprise submits, listed drivers were already covered. It would be redundant coverage.”