Intact wins the battle, but loses the war, in Alberta wildfire claim

Intact Insurance has lost its appeal over procedural unfairness in an Alberta wildfire property damage claim, even though an umpire in the case made a decision based on information that was not placed on the record by either the claimant or the insurer.

Relying in part on information that was not placed on the record, the umpire decided that the claimants’ house was in fact damaged by Fort McMurray’s 2016 wildfires. The umpire also found that the home could have been damaged by water-bombing conducted in the area to put out the fire.

Specifically, the insurer argued that rules of procedural fairness required the umpire to notify the insurer that the umpire would be relying on information that was not placed on the record, so that Intact would have a chance to rebut it.

In a decision released Thursday, the Court of Appeal ruled against Intact, even while conceding the umpire had breached the rules of procedural fairness. 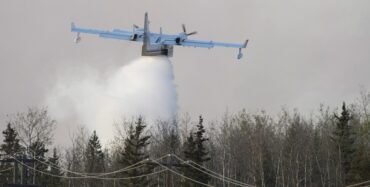 Teryl and Dana Parsons own a house near Fort Murray, which was insured by Intact. The Parsons made a claim under their insurance policy for damage caused by the Fort McMurray wildfires in May 2016. Intact disagreed with the Parsons about whether the claimed damage had occurred, and the dispute was referred to an umpire under s. 519 of Alberta’s Insurance Act.

Intact placed a report before the umpire contending that the house was not damaged either by the fire or by the water bombing. Prepared by a “Mr. Hamilton” (as cited in court documents), the report said Hamilton, the president of Lincoln Building Products, inspected the house in June 2016 and concluded that the fire did not get close enough to [the Parsons’] home to cause damage, and there was no evidence of fire damage.

For their part, the Parsons submitted photographs of their house to the umpire and relied on reports prepared by Akron Engineering, DST Consulting Engineers, and Gilbert Roofing Ltd. The reports found there was evidence of fire damage to the house, including roof damage that was possibly caused by water bombing, and that there were likely high levels of toxins in the house. 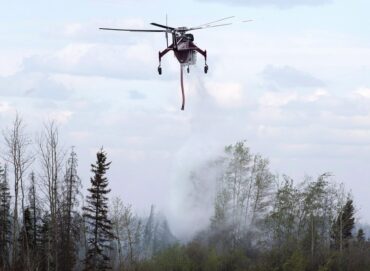 A helicopter drops water on hot spots along the highway to Fort McMurray, Alta. on Sunday, May 8, 2016.THE CANADIAN PRESS/Ryan Remiorz

As the Court of Appeal noted, the umpire’s footnotes “referred to various websites where the cited material originated. The ‘aerial map’ referred to was on the record.”

The Parsons conceded in the Court of Appeal that some of the information contained in the umpire’s decision was not placed on the court record. Nevertheless, they argued, that information was not in genuine dispute.

“The information in dispute did not have any material impact on the umpire’s decision,” the Alberta Court of Appeal wrote. “The umpire did not lose sight of the fact that the core of the dispute before him was whether the respondent’s home had in fact suffered the damage claimed. His ultimate conclusion was: ‘In sum, the Insureds have established on a balance of probabilities that their home was badly damaged by the wildfires and that it and their contents was contaminated.’ Accordingly, the breach of the rules of procedural fairness would not itself justify setting aside the award.”

The Alberta Court of Appeal also found the decision to be reasonable, stating: “Where there is contradictory believable evidence, it is not internally incoherent or unreasonable for an umpire to select some of that evidence over other evidence.”

Feature image: Helicopters prepare to drop water on hot spots along the highway to Fort McMurray, Alta. on Sunday, May 8, 2016. THE CANADIAN PRESS/Ryan Remiorz

More News
Related
Did the threshold for special awards against insurers just sink lower?
How liability insurance responds (or not) to COVID-19
How to exclude business interruption during pandemic
What can go wrong if ‘actual cash value’ is not clearly defined in a property policy