Worldwide spending on the Internet of Things (IoT) was forecast to reach US$737 billion in 2016 and grow at a compound annual growth rate (CAGR) of 15.6% from 2015-2020 to US$1.29 trillion, according to the International Data Corporation (IDC). 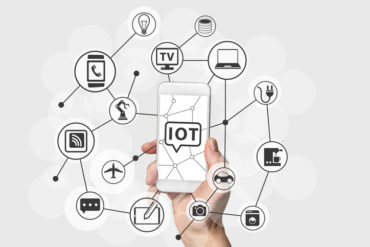 The Framingham, Mass.-based IDC, a global provider of market intelligence, advisory services and events for the information technology, telecommunications and consumer technology markets, released an update to its Worldwide Semiannual Internet of Things Spending Guide on Wednesday. It found that worldwide IoT spending was forecast to reach US$737 billion last year as organizations invest in the hardware, software, services and connectivity that enable the IoT.

The guide said that the industries that were forecast to make the largest IoT investments in 2016 were manufacturing (US$178 billion), transportation (US$78 billion) and utilities (US$69 billion). Consumer IoT purchases, the fourth largest market segment in 2016, was projected to become the third largest segment by 2020. Meanwhile, cross-industry IoT investments, which represent use cases common to all industries (such as connected vehicles and smart buildings) will rank among the top segments throughout the five-year forecast. “The industries that will see the fastest spending growth are insurance, consumer, healthcare and retail,” IDC said in a statement.

Given manufacturing’s position as the leading IoT industry, it’s no surprise that manufacturing operations is the IoT use case that will see the largest investment (US$102.5 billion) in 2016, IDC reported. Other IoT use cases being deployed in manufacturing include production asset management and maintenance and field service. The second largest use case, freight monitoring (US$55.9 billion), will drive much of the IoT spending in the transportation industry, the release said.

In the utilities industry, combined investments in smart grids for electricity and gas will total US$57.8 billion in 2016. Smart home investments by consumers will more than double over the forecast period, reaching more than US$63 billion by 2020, IDC added.

In the insurance industry, telematics will be the leading use case while remote health monitoring will see the greatest investment in the healthcare industry. Retail firms are already investing in a variety of use cases, including omni-channel operations and digital signage, IDC said.

“A fairly close relationship exists between high growth IoT use cases in consumer product and service oriented verticals like retail, insurance, and healthcare,” said Marcus Torchia, research manager, IoT, with IDC’s customer insights and analysis team. “In some cases, these are green field opportunities with tremendous room to run. In other verticals, like manufacturing and transportation, large market size and more moderate growth rate use cases characterize these verticals. As a whole, the IoT opportunity is a diverse developing market place for vendors and end users alike.”

From a technology perspective, hardware (30.6%) will remain the largest spending category throughout the forecast, followed by services (27.5%), software (25%), and connectivity (16.9%). And while hardware spending will nearly double over the five-year timeframe, it represents the slowest growing IoT technology group. Software and services spending will both grow faster than hardware and connectivity. Hardware spending will approach US$400 billion by 2020. Modules and sensors, that connect end points to networks, will dominate hardware purchases, while application software will represent more than half of all IoT software investments, the release said.

Asia/Pacific excluding Japan (APeJ) is the geographic region that will see the greatest IoT spending throughout the forecast, followed by the United States, Western Europe and Japan. Nearly a third of IoT purchases in APeJ will be made by the manufacturing industry, while utilities and transportation will change places as the second and third largest IoT industries by the end of the forecast. In the United States, manufacturing will be the industry with the largest IoT investments throughout the forecast but with a lower share (roughly 15%) of total spending. In western Europe, consumer IoT spending will overtake transportation and utilities to become the second largest IoT industry in 2020.

“It is great to see that the Internet of Things will continue to fuel both business transformation and innovation acceleration markets such as robotics, cognitive computing, and virtual reality,” IDC’s IoT research fellow and senior vice president Vernon Turner said in the release. “The investments by China and the United States in IoT solutions is driving these two countries to account for double-digit annual growth rates and over half of the IoT spending.”

The Worldwide Semiannual Internet of Things Spending Guide forecasts IoT spending for 12 technologies and 49 use cases across 20 vertical industries in eight regions and 52 countries. Unlike any other research in the industry, the comprehensive spending guide was designed to help vendors clearly understand the industry-specific opportunity for IoT technologies today.