The Canadian property and casualty insurance industry had essentially no underwriting income during the first three months of the year but Q1 net investment income more than doubled year over year, figures from a report from MSA Research Inc. suggest. 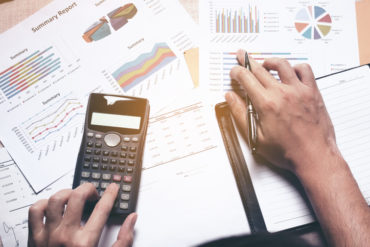 “Marred by lousy weather, challenging auto environments in most of the country, and mixed commercial results, industry results were substantially deflated for the first quarter of 2017,” wrote Joel Baker, chief executive officer of Toronto-based MSA, in the research firm’s most recent Quarterly Outlook Report, released Monday to Canadian Underwriter.

The P&C industry in Canada had an underwriting loss of $3.748 million in Q1 2017, compared to underwriting income of $616.8 million during the first three months of 2016, MSA said. The results exclude the province-run auto insurers in British Columbia, Manitoba and Saskatchewan plus insurers licensed by the Autorité des marchés financiers (AMF) who only file semi-annually.

The full Quarterly Outlook Report is available for purchase from MSA’s website.

The report included an article – titled Earthquake: Why It’s An Economic Disaster Waiting to Happen, and What We Need To Do About It – by Don Forgeron, CEO of Insurance Bureau of Canada.

In that article, Forgeron referred to the Study of Impact and the Insurance and Economic Cost of a Major Earthquake in British Columbia and Ontario/Québec, released in 2013.

In that study, commissioned by IBC, AIR Worldwide modelled the effects of two hypothetical earthquakes. In the Eastern Charlevoix Crustal Scenario, a magnitude 7.1 tremor occurs under the St. Lawrence River northeast of Quebec City, resulting in total direct losses of $49.2 billion and indirect losses of $11.336 billion. In the other scenario, a magnitude 9 quake occurs off the west coast, causing $60 billion in direct economic losses to properties in British Columbia.

“Thanks to current regulations, the industry is well-capitalized to cover a large earthquake – up to a point,” Forgeron wrote in MSA’s quarterly outlook report for Q1 2017. “To its credit, the Office of the Superintendent of Financial Institutions (OSFI) has established a best-in-class regulatory regime in which insurers are required to have enough resources to cover a 1-in-500-year event (an estimated $35 billion in damage).”

But Forgeron added “there is no guarantee that a large earthquake will not exceed currently-assumed damage figures.”

In its annual report for 2016, Property and Casualty Insurance Compensation Corporation contended there is a “need for a government backstop to be available to protect consumers from insurance company defaults arising beyond a ‘tipping point’ of an insured-loss event of about $30 billion.”

PACICC added in its report that while weather catastrophes “present a yearly earnings challenge for the industry, they are not considered to be a threat to industry solvency, like the catastrophic risk of an earthquake.”

In its 2013 study, AIR Worldwide suggested that in a hypothetical Magnitude 9 quake off the west coast, the Vancouver suburbs of Richmond, Delta and Surrey “will be worse hit” than much of Vancouver itself because those Fraser River valley suburbs are “built on silty and sandy sediments that shake more than the rock on which Vancouver itself is constructed.” Meanwhile, in the provincial capital of Victoria, frame houses “will move on their foundations if not bolted down,” AIR added.

But the earthquake of 7.1 on the Richter scale northeast of Quebec City will cause “more violent shaking” of structures there than in Vancouver, AIR suggested.

“Modern engineered structures should perform well, but poorly-built masonry buildings in particular will experience serious damage,” AIR said at the time of the Eastern Charlevoix Crustal Scenario. “The historic unreinforced masonry buildings that are so prevalent in Quebec City’s upper and lower towns for example, are particularly at risk.”

The AIR report “reads like a script for an end-of-the-world Hollywood blockbuster,” Forgeron wrote in the MSA Quarterly Outlook Report for Q1 2017.