Is it time for a larger insolvency fund for Canadian P&C insurers?

Canada’s Property and Casualty Insurance Compensation Corporation (PACICC) is considering whether it needs to increase the size of its compensation fund in the event of a P&C insurer failure.

PACICC’s board has asked management to complete a formal review of the scope, scale and mandate of the fund as the priority issue for 2022, PACICC president and CEO Alister Campbell wrote in the quarterly Solvency Matters report, released Monday. With a target of roughly $30 million when it was established in 1997, the fund has grown to nearly $60 million as of September 2021.

“It is certainly possible that, upon sober and balanced reflection, our board may conclude that the current fund is entirely adequate as it is today, given the deep capital resources of the industry and the very low probability of a member insurer default,” Campbell wrote in the article, Do We Need to Aim Higher? “But it is also possible to see an outcome where together — in response to clear indications regarding the potential benefits for our industry, and Canada as a whole — we collectively decide that it is time to ‘aim higher.’ I am looking forward to the conversation!”

No decision will be made without comprehensive dialogue with insurer members and all relevant industry regulators, Campbell added.

PACICC has already secured the results of a review by Eckler Ltd. which established that the current fund was no longer adequate to achieve its primary purpose — rapid refund of unearned premium — after the failure of any one of Canada’s largest 70 insurers. 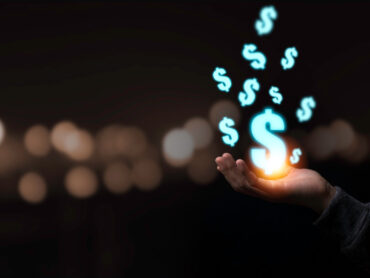 “But the board was not necessarily saying that the fund needs to be larger,” Campbell wrote. “The absence of any recent insurer failures might indicate that the fund, as it is currently constituted, may no longer be necessary at all.”

Perhaps the industry capital currently in the fund could be allocated (with regulatory approval) to other productive PACICC purposes, such as paying reinsurance premiums or capitalizing a new PACICC bridge insurer, Campbell added.

PACICC’s research indicates that a fund of approximately $225 million could materially mitigate the systemic risk for the industry after a massive earthquake with insured losses between $30-35 billion. Campbell said it’s important to note that the same research confirmed “there is no credibly-sized fund to mitigate systemic risk for a mega-catastrophe event with losses above $35 billion — at this scale of event, there is simply no viable alternative except a federal backstop mechanism.”

Discussions with the federal government remain ongoing, but “I suspect our industry would be ready to contemplate a staggered process for establishing an increased compensation fund of this size (say, over a period of 15 years) as part of the quid pro quo for a federal backstop to protect Canada in a worst-case tail scenario,” Campbell wrote.

The compensation fund was established in 1997 by the PACICC board, provincial regulators and the Canadian insurance industry. The purpose is to ensure the capacity to respond immediately to the needs of affected policyholders after an insurer insolvency, without the need to delay while waiting for required funds to be collected via a PACICC general assessment.

A target of roughly $30 million was set and the fund established via a series capital levies — $10 million a year — over a period of three years, from 1998 to 2000. The fund is currently managed by CIBC Asset Management and governed by a strict investment policy focused exclusively on fixed income securities, with a high priority placed on security and liquidity.