Is there room for a ‘jack-of-all-trades’ insurance professional anymore? 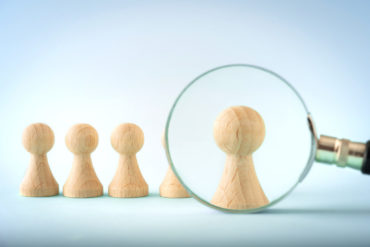 It doesn’t matter if you’re a broker, adjuster or underwriter, specialization will be essential for anyone working in the insurance industry going forward, says one industry expert.

With the growth of the shared and gig economies, new challenges are emerging that can’t be handled in a ‘jack-of-all-trades-but-master-of-none’ manner, Ernest Mashingaidze, who works in property claims at Wawanesa, told Canadian Underwriter. He was sharing his personal views, which do not necessarily reflect the views of Wawanesa.

This movement starts with the youngest group of people in the industry, he explained. “The next generation of leaders are pretty much the vanguard of innovation and creativity in an industry that demands change.”

But there’s a problem, says Mashingaidze, who was recently named a CIP Society’s National Leadership Award winner. “Everybody right now is pretty much doing the same thing,” he said. “Everybody has the same levels of experience, the same education. They’re all on the same playing field. The only way to differentiate yourself, whether as an adjuster or an underwriter, is to actually do more than what the average person is doing. Whether it’s taking more CIP courses, specializing in a specific field or specific product, we do need people to specialize in order for the industry to remain a going concern.”

Just look around, said Mashingaidze. Thanks to the gig and sharing economy, which brought us the likes of Uber and Airbnb, many new opportunities exist now that didn’t exist a decade ago, he noted. “I think the biggest question insurers should ask themselves now is: How are they going to confront liability claims?”

Consider, for example, a house-sitter who experiences a fire igniting under watch, or a graphic designer who creates a logo and infringes on copyright. These scenarios present new forms of liability, he said, and “the gig economy is another challenge we need to be cognizant of as an insurance industry.”

Here’s where specialization is important, Mashingaidze emphasized. “We need people who are able to identify these risks [and] people who are able to change the policies on a consistent basis. Whether it’s yearly or quarterly, we need somebody who can sit down and say, ‘This is what’s happening in the economy, around the world; these are the trends, and these are the changes we need to make to the policy.”

And this leads to another issue facing insurers: are consumers being up front with insurers about the risks in which they are engaged? For example, people who drive for Uber or rent their home out under Airbnb are a higher claims risk. But do the company underwriters know what these policyholders are doing? “I see this on the adjuster side, when we have a claim and somebody says, ‘I was using it for Airbnb,’” said Mashingaidze. “We go to underwriting and they had no idea. That’s a big challenge we’re facing.”

For adjusters, interpretation of policies is important. They need to be able to explain what a policy covers and understand the risk. “We need people to understand what is Airbnb, what is the Uber service; what is rideshare exactly?” Mashingaidze said. “We need people who can interpret the policy and then payout according to whatever services are being provided.”

2 Comments » for Is there room for a ‘jack-of-all-trades’ insurance professional anymore?