Willis Re, the reinsurance business of global advisory, broking and solutions company Willis Towers Watson (WTW), has announced that James Kent will succeed John Cavanagh as he steps down from his position as global CEO. 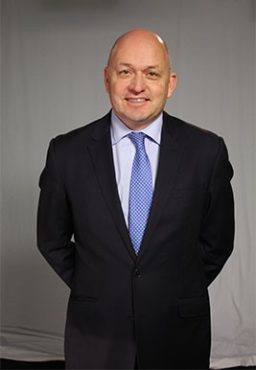 James Kent will succeed John Cavanagh as CEO of Willis Re.

Cavanagh will retire from WTW at the end of December 2017, handing over leadership of Willis Re to James Kent, previously deputy global CEO, WTW said in a press release on Thursday.

Kent joined Willis Re in 2004 and has served as the global deputy CEO since December 2016. He was appointed president of North America in 2010, and before this ran the Willis Re Bermuda operations. Earlier in his career, he spent 13 years with Aon Re (now Aon Benfield), WTW said in the release.

“I am pleased to confirm James Kent will take on the global leadership of Willis Re,” said Carl Hess, head of investment, risk & reinsurance with WTW. “He and John have worked side-by-side for many years and share the same passion and enthusiasm for the delivery of superior client results.”

Hess said that he also wanted to thank Cavanagh for his “tremendous contribution” to WTW. “Not only is John a recognized leader of the Willis Re business, he is also a leading figure in the global reinsurance industry,” Hess said. “John has been instrumental in creating the reinsurance business we have today and will leave a strong legacy.’’

Kent commented on his appointment by saying is honoured by the opportunity to lead Willis Re. “It has been a pleasure to work with John over the past few years to cement Willis Re’s position as one of the world’s leading reinsurance advisors,” he said in the release. “It is also appropriate that John’s significant contribution to our industry is recognized as it marks exactly 42 years to the day since he began his career in reinsurance. In succeeding John, I look forward to further enhancing our proposition to help clients effectively manage their risk while building on the collaborative culture so integral to our proposition for both clients and colleagues.”

Cavanagh said that it has been a privilege to serve as CEO of Willis Re, where “we have successfully grown the business in the face of very tough market conditions. I am delighted that James Kent is taking over from me as global head; he is an exceptional talent and I have no doubt Willis Re will continue to go from strength to strength under his leadership. I have enjoyed a fantastic career in reinsurance broking, but it is now time to move on.”

Cavanagh’s career in the (re)insurance market started in July 1975. He has led the Willis Re business as chief executive officer since 2012. He joined Willis Re in 2009 after spending 21 years at the Carvill Group where he was joint CEO. Prior to this, he was the deputy managing director of Minet Re and a director of the North America reinsurance division at Willis Faber and Dumas.