A class-action lawsuit by shareholders against five directors and officers of a Vancouver-based coal mining firm may reach the Supreme Court of Canada. 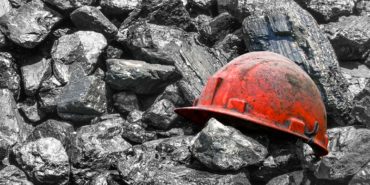 One such lawsuit is in the works against SouthGobi Resources Ltd., a coal supplier publicly listed on the Toronto Stock Exchange. In a recent securities filing, the company said the Supreme Court of Canada is expected to decide this month on whether or not it will hear SouthGobi’s appeal of a ruling by the Court of Appeal for Ontario.

At issue is whether the “leave test” for lawsuits alleging misrepresentation is met under Ontario’s Securities Act. The test determines whether the plaintiffs can proceed with a lawsuit, based on whether a judge believes the plaintiffs might be able to convince a court that the lawsuit has a “reasonable possibility” of succeeding.

Insurance Bureau of Canada has argued that the leave test in such lawsuits should be “robust and meaningful.” Otherwise, directors and officers – and therefore their liability insurers – would face high legal costs and be exposed to strike suits that are without merit and intended to pressure insurers into settling. IBC made that argument as intervener in Green v. CIBC, a 2015 Supreme Court of Canada case arising from a sharp dive in CIBC’s stock price after the 2008 financial crisis.

The allegations of misrepresentation have not been proven in court. Justice Belobaba denied leave to sue five individuals personally, including two former chief financial officers and three former members of the audit committee, on the grounds that lawsuits against individual defendants were unlikely to be successful.

SouthGobi gets its revenue from coal mining in Mongolia. The company would stockpile coal in a yard where customers would pick it up. Initially SouthGobi recognized revenue when the coal was dropped to the stockpile. It later changed its accounting method so that revenue was recognized only after the customer loaded coal to to their trucks from the stockpile.

At one point, customers in Mongolia were having trouble paying their bills. In late 2013, SouthGobi restated results from previous years. Its share price dropped about 18%. The firm said at the time in a press release that some public statements made earlier were “no longer accurate and should not be relied upon.” The class of people in the proposed lawsuit would be people who bought SouthGobi shares between March 30, 2011 and Nov. 7, 2013.

Justice Belobaba initially ruled in 2015 that a 2013 SouthGobi press release announcing a restatement of earlier financials “was never put to the Board of Directors before being released and was drafted exclusively” by management. Justice Belobaba also ruled the former CFOs would probably be successful in using the “reasonable investigation” defence.

But Justice William Hourigan of the Court of Appeal for Ontario noted in the 2017 ruling that individual defendants did not produce any documents showing they objected to a 2013 press release indicating that previous statements were inaccurate. Concurring with Justice Hourigan were Justice David Paciocco and Justice Gloria Epstein.

More News
Related
Directors and officers fail to get shareholders class-action tossed out of Ontario court
Three-year limitation period suspended in shareholders’ misrepresentation lawsuit against bank: Supreme Court of Canada
Courts can award damages for mental injury without psychiatric diagnosis: Supreme Court of Canada
Why this insurer is ‘shrinking’ its D&O liability business