Northbridge has to pay out on a hotel’s liability insurance policy resulting from theft of a guest’s car, the Supreme Court of Canada ruled in a decision released Friday.

Lombard, now known as Northbridge, provided both property and liability insurance to 3091-5177 Québec inc., a company that operates the Éconolodge Aéroport in Montreal. That hotel operates a park-and-fly, letting customers leave their cars on hotel property when they fly out of Montreal-Trudeau Airport.

Two guests came back from trips (one in January, 2005 and the other in March, 2006) to discover their cars had been stolen. They had left their keys with the hotel front desk so Éconolodge staff could move their cars, if necessary, to allow plows to clear snow from the lots. 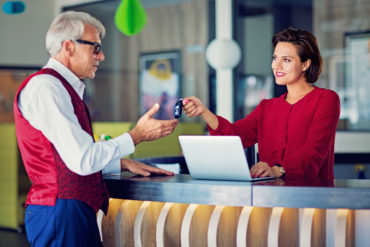 The guests made claims on their auto insurance policies as a result of the thefts. The auto insurers (AXA and Promutuel) paid out on the auto theft claims and then went after Éconolodge to recover their costs.

Northbridge said it should not have to pay because the liability policy it wrote for Éconolodge had an exclusion, in French, for “personal property in your care, custody or control.”

Despite that exclusion, Northbridge still has to pay, Judge Nathalie Chalifour of the Quebec Court wrote in a ruling release Feb. 12, 2015. That ruling was overturned on appeal in 2016, but restored by the Supreme Court of Canada in 3091-5177 Québec inc. (Éconolodge Aéroport) v. Lombard General Insurance Co. of Canada, released Oct. 19, 2018.

Judge Chalifour ruled against the insurer, finding that the hotel had “no real control or care” of guests cars and that leaving their keys with the front desk “did not have the effect of transferring custody of the cars to Éconolodge.”

By turning over their keys to allow snow removal, she reasoned that the guests “gave the hotel operator only a limited, clearly circumscribed power.”

The Quebec Court of Appeal disagreed.

However, the nine Supreme Court of Canada judges hearing Econolodge’s appeal agreed that Judge Chalifour made no palpable or overriding error and it was open for her to rule the way she did on how the exclusionary language applied to the facts of the case.

“The hotel operator’s obligation to take reasonable steps to secure its parking lot — such as monitoring the lot or putting up fences, cameras or concrete blocks — did not ipso facto lead to a change in custody of the vehicles left in the lot,” Justice Clement Gascon of the Supreme Court of Canada wrote. “If we follow Lombard’s line of reasoning, the insurance policy would cover the theft of a car during the winter if its owner remained at the hotel, but not the contemporaneous theft of the car next to it whose owner went abroad and handed over the keys at the front desk in case the parking lot needed to be cleared of snow.”

In the early 1950s, Toronto-based Excel Cleaning was sued after its workers accidentally damaged a customer’s rug while cleaning that rug at the customer’s Etobicoke, Ont. home. Indemnity Insurance Company denied Excel’s liability claim due to an exclusion for “damage to or destruction of property owned, rented, occupied or used by or in the care, custody or control of the insured.”

The County Court of the County of York ruled against the insurer, a decision upheld by the Court of Appeal for Ontario and the Supreme Court of Canada.

If exclusion clause applied to the circumstance of the damaged rug, then “great majority” of Excel’s work would have no liability coverage, Judge Bill Estey of the Supreme Court of Canada wrote in 1954 in Excel. The fact that they were working on the carpet “did not give them the care, custody or control of the property on which the work was being done,” Estey added.

“The care, custody or control exclusion clause should not be applied in such a way that the coverage offered by the insurer becomes ineffective,” Judge Gason wrote in Éconolodge Aéroport  in 2018. “The courts have therefore been reluctant to exclude coverage for the main activities engaged in by an insured.”

In one case, AXA made a subrogated claim, insuring the January, 2005 theft victim and suing Éconolodge. The issue before the court was whether or not Éconolodge was liable. Judge Chalifour ruled that Éconolodge failed to take “reasonable steps to secure its parking lot,” a decision upheld both by Quebec’s appeal court and by the Supreme Court of Canada.

In the other case, Promutuel took both Éconolodge and Lombard to court, and  Éconolodge took Lombard to court. The question before the court was whether the exclusion clause – in the liability policy written by Lombard for Éconolodge, for “property in your care, custody or control” – applies to the negligence lawsuits against Éconolodge for the auto thefts.