If a violent attack occurs on your business client’s premises, there is a good chance the insurance company will somehow be involved.

If a random person walks into a restaurant or retail store “without warning and undertakes some violent criminal act that no one could have foreseen,” that innocent business owner could end up being sued by a victim of the crime, suggested Toronto-based lawyer Larry Reimer, a partner with Blaney McMurtry LLP. Reimer has defended cases in which there was a violent attack and the business operator who was not at fault gets sued. 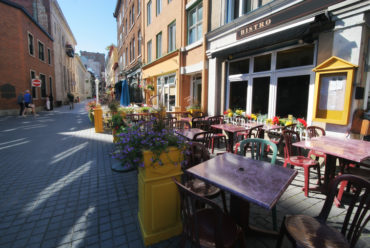 His comments follow a May 24 attack at the Bombah Bhel restaurant west of Toronto. Police are still searching for two suspects responsible for setting off an improvised explosive device (IED) at the Bombay Bhel, injuring 15. Reimer was commenting in general and not on the Toronto restaurant attack.

In Ontario, business owners are not necessarily liable for random acts of violence that take place on their premises. However, an occupier could still be named in a lawsuit by a victim who alleges that the occupier failed to exercise due diligence in mitigating risk, Reimer suggested.

“One of the key challenges we have in defending cases like this – random act of violence type cases – is the doctrine of joint and several liability,” Reimer said Wednesday in an interview.

Essentially, joint and several liability applies when a person is injured and names more than one defendant in a lawsuit. In a criminal attack where the victim is a customer at a business location, the victim would name the perpetrator and the operator of that business. The victim would say the criminal is 99% liable for deliberately causing bodily harm while the business operator is 1% liable.

The problem is, the perpetrator may be on the loose or, if the perpetrator has been caught, he or she would likely not be able to pay the victim if ordered to do so by a court.

So in this hypothetical scenario, if the damages owed to the victim are $100,000, the business owner who is found 1% liable may have to pay the entire $100,000 because the perpetrator does not have the other $99,000, Reimer noted.

“The practical problem it creates for the insurance industry is it creates ‘Hail Mary’ type claims with which the insurance industry has to grapple,” Reimer told Canadian Underwriter. “Even though there is a common sense notion that business owners or occupiers shouldn’t be liable for random unforeseen acts, business operators do find themselves defending their enterprises more often than they would like.”

The doctrine of joint and several liability “is manifestly unfair to occupiers in these types of cases,” Reimer said. “In most instances, the violent perpetrator is never identified, or is at least uninsured.”

The vast majority of cases involving innocent business owners being sued by victims of violence do not make it to court, Reimer said. As a result there is not very much case law on this. Many of these cases are settled through mediation or alternative dispute resolution, he added.

Whether or not a business owner is liable depends on “what’s reasonably foreseeable,” said Reimer.

For example, “if there is an individual with a known history of misbehaving – over the course of an evening, for example – the courts would expect your establishment to act appropriately to keep people safe.”