Fifteen years after four passengers drowned in an accident aboard an amphibious sightseeing vehicle across the Ottawa River from the nation’s capital, the Transportation Safety Board of Canada warned Thursday that there has “been only limited progress” on expanding the application of safety management systems “to a broader range of companies.” 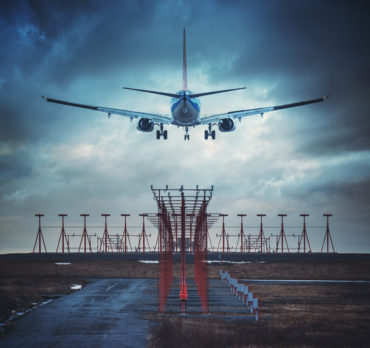 In its annual report to Parliament, TSB said safety management systems have been on its watchlist since 2010. The watchlist “identifies the key safety issues that need to be addressed to make Canada’s transportation system even safer,” said TSB, a separate organization from Transport Canada that investigations incidents in rail, marine, pipelines and aviation.

“Numerous recent investigations have found companies that have not managed their safety risks, either because they were not required to have an SMS or because their SMS was not implemented effectively,” TSB said in its annual report, released July 20.

In that report, TSB also expressed concern about runway overruns.

This past May, TSB warned in an investigation report that not all Code 4 runways in Canada have a 300-metre runway end safe area “or a means of stopping aircraft that provides an equivalent level of safety.”

That investigation was into an June 5, 2015 runway overrun in Montreal, which resulted in no injuries.

TSB recommended in 2007 that Transport Canada “require all Code 4 runways” to have a 300-metre runway end safety area “or a means of stopping aircraft that provides an equivalent level of safety.” That recommendation was made in an investigation report into the August, 2005 Air France accident at Toronto International Airport. An Airbus A340 landed about 3,800 feet beyond the threshold of a 9,000 foot runway, continued at 80 knots past the end of the runway, and came to a stop on the east side of Etobicoke Creek. The upper portion of the fuselage was consumed by fire and 12 occupants of the Air France plane were seriously injured.

“Pilots must receive timely information about runway surface conditions,” TSB said July 20, 2017 in its annual report to Parliament. “TC must require appropriate runway end safety areas (RESAs); and, Canadian airports must invest in RESAs or other engineered systems and structures to safely stop aircraft that overrun. The TSB remains concerned that without these actions, risks to the public remain.”

TSB said this past June that the Leviathan II whale watching vessel, which capsized Oct. 25, 2015 near Tofino, British Columbia, did not operate under a certified safety management system and was not required by law to do so.

That report was released 13 years after TSB recommended Transport Canada “take steps to ensure that small passenger vessel enterprises have a safety management system.” In 2004, TSB released a report into the sinking of the Lady Duck, a vehicle built using a converted Ford F-350 truck chassis. On June 23, 2002, the driver of the Lady Duck noticed the vessel was floating lower than normal in the Hull, Quebec marine.  Occupants were ordered to abandon ship but four passengers drowned after becoming trapped under the fabric awning.

“The picture that emerged from this investigation was one of an organization pursuing minimal compliance with regulations rather than one seeking to minimize risk through all available means,” TSB said of the Lady Duck.

In its report on the capsizing in 2015 of the Leviathan II, TSB noted that under Canadian law, passenger vessels carrying more than 12 passengers on an international voyage subject to the International Convention for the Safety of Life at Sea (SOLAS) “are required to develop a formal” safety management system.

That ruled does not apply to the Leviathan II which was conducting whale watching tours Oct. 25, 2015 out of Tofino and Ucluelet. After a breaking wave hit, 24 passengers and three crew members were thrown into the cold seawater without floatation aids. Six passengers died.

“If companies that operate passenger vessels do not implement risk management processes to identify and address environmental hazards in their area of operation, such as the potential formation of breaking waves, then there is a risk of a similar capsizing and loss of life,” TSB said in the report.

In a report on an aviation accident, released Aug. 17, 2016, TSB said it has “been calling” on Transport Canada “to implement regulations requiring all operators in the aviation industry to have formal safety management processes, and for TC to oversee these companies’ safety management processes.” That report arose from an accident June 10, 2013 when a King Air ran out of fuel and was forced to conduct an emergency landing in a field short of St-Mathieu-de-Beloeil, Quebec airport.

“The aircraft was extensively damaged, and the four occupants sustained minor injuries,” TSB said in 2016.

“When risks are managed by means of a single layer of defence, such as relying on a single person to ensure flight safety, deviations from regulations or from standard practice can occur, thereby increasing the risk of incident or accident,” TSB said in the report.

The issue of SMS will remain on TSB’s watch list until the federal government “implements regulations requiring all commercial operators in the air and marine industries to have formal safety management processes and effectively oversees these processes,” TSB says on its watchlist page.