A misinterpretation of an instruction from a ground controller, on the part of air crew on an Embraer 190, was one cause of a runway incursion in Toronto that forced an approaching Airbus 320 to pull up and go around, the Transportation Safety Board of Canada said in a report released Wednesday. 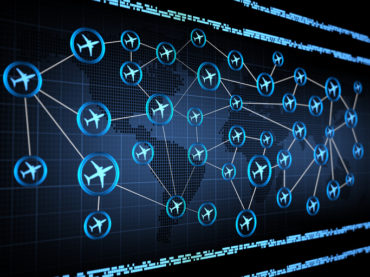 Runway incursions is one of 10 issues in Canadian transportation on TSB’s watch list, released Oct. 31, 2016. There is about one incursion per day at Canadian airports, TSB said in its annual report to Parliament released in July, 2016.

TSB “remains concerned that serious runway incursions will continue to occur until better defences are put in place,” TSB said in the report released Wednesday on an incident Jan. 30, 2016, in which an E190 operated by Air Canada taxied into position on an active runway without permission at Toronto International Airport.

Shortly after 9:00 that night, an E190 was about to begin a scheduled flight to LaGuardia Airport in New York City.

At the same time, an Airbus A320 – enroute from Puerto Vallarta, Mexico – was approaching Runway 24R.

“The flight crew interpreted this instruction as an authorization to go to the right runway (i.e., Runway 24R) and taxied to position on the runway in preparation for takeoff,” TSB said in its report on the incident.

The A320 from Puerto Vallarta was cleared to land but pulled up and went around when the crew saw the Embraer on the runway. At the time, the Airbus was 0.41 nautical miles from the runway threshold and 270 feet above ground level. It had climed to 580 feet when it flew over the E190. “Air traffic control had not been aware of the runway incursion before being notified [by the crew of the A320) that there was an aircraft on the runway,” TSB noted.

“The fact that the perceived instruction to enter the runway would not normally be received from a ground controller was not sufficiently compelling to cause the crew [of the E190] to question their understanding of the situation,” TSB added.

Of the ten issues on its watch list released Oct. 31, 2016, three were in aviation, one (commercial fishing safety) was in marine, two were in multimodal and four were in rail.

In 2015, there were six serious runway incursions in Canada, TSB said in its report released May 24, 2017 into the August, 2016 incident in Toronto.

“If air traffic controllers are not required to use standard phraseology that reinforces the need to hold short of a departure runway, there is an increased risk of miscommunication leading to runway incursions,” TSB said.

“Use of the phrase ‘holding short’ is optional when issuing instructions to taxi to the threshold of a departure runway,” TSB continued, adding that in the incident Jan. 30, 2016 “the use of the phrase ‘contact tower holding short’ at the end of the taxi instruction would have communicated to the crew that they were not authorized to enter the runway. The phrase ‘holding short’ is arguably an unnecessary addition to a taxi instruction, given that flight crews should be aware that they must not taxi over a hold line and enter a runway without either a specific authorization to line up on the runway in preparation for takeoff or an authorization to take off.”

In February, 1978, 42 people were killed after a Pacific Western Boeing 737 crashed at Cranbrook, B.C. after landing on a runway occupied by a vehicle and then taking off again. Visibility was less than a mile in light snow at the time, Transport Canada’s Aviation Safety Investigation Division said in its report. There was a snow sweeper vehicle equipped with the radio on the runway. The airplane landed, engaged reverse thrust, cancelled reverse thrust and then took off again, reaching a height of at least 50 feet and passing over the snow-clearing vehicle. It climbed to nearly 400 feet, banked, lost height and side-slipped into the ground.

“Incursions are rare, but their consequences could be catastrophic,” TSB warns on its “watch list” web page.

In 1977, 582 were killed after two Boeing 747s collided in poor visibility on a runway at Tenerife Airport in the Canary Islands. Five years earlier, 10 died after a DC-9 was attempting to take off in fog at Chicago O’Hare airport when it collided with a second airplane taxiing across the runway.