How landlords can help you sell tenant insurance

Some landlords are refusing to rent residences to people who do not have tenant’s insurance and some are even trying to use lack of insurance as grounds to evict tenants.

“A lot of landlords in this day and age are getting smart and saying, ‘Hey, we are not going to give you the keys until you provide evidence of insurance,’” Greg Robertson, president of Toronto-based R. Robertson Insurance Brokers Ltd., said in a recent interview.

Tenants insurance can cover contents (possessions a tenant loses in a fire or other disaster), additional living expenses (if a disaster renders the apartment uninhabitable), as well as liability in case the tenant gets sued for negligence. 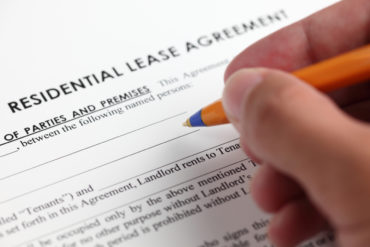 “The majority of the time, the landlords still don’t ask,” he added.

In Ontario, when a tenant refuses to leave, the landlord can apply to a quasi-judicial provincial tribunal – the Landlord & Tenant Board – for an eviction order. Grounds for eviction could include non-payment of rent, illegal activity, overcrowding or causing damage.

Ontario’s Residential Tenancies Act does not specifically state that a tenant can be evicted for not having insurance, a Landlord & Tenant Board spokesperson told Canadian Underwriter Wednesday.

But some landlords are applying to evict uninsured tenants, according to Landlord & Tenant Board decisions posted on the Internet. In such cases, the landlords are using a clause in the Residential Tenancies Act that lets landlords evict tenants whose conduct “substantially interferes” with a landlord’s “reasonable enjoyment” of the property, or with a landlord’s “lawful right, privilege or interest.”

For example, in a Landlord & Tenant Board ruling cited as TSL-85766-17, released Aug. 3, 2017, a tenant was ordered evicted from a property. The tenant is known in public records as “H.N.” and the landlord is identified as “M.N.C.L.P.”  In TSL-85766-17, the landlord found out the tenant’s insurance was cancelled effective May 3, 2017. A clause in the lease required the tenant to have “fire, property damage and tenant’s liability insurance at all times,” LTB member Anna Solomon wrote in her ruling in TSL-85766-17.

By not having this insurance, the tenant H.N. had “substantially interfered with a lawful right, privilege or interest of the Landlord,” Solomon added. “If a fire was to occur in the rental unit when the Tenant did not have insurance coverage, the associated risks (property damage, liability) could potentially shift to the Landlord.”

Solomon’s ruling was not based solely on lack of insurance. For example, the tenant had also emailed the landlord in May advising the landlord that the tenant intends to move out.

Another dispute between a landlord and tenant that went to the Landlord & Tenant Board was cited as SWL-81313-15-AM. In that ruling, released April 13, 2016, LTB member Kevin Lundy ordered tenant “L.V.,” to leave an apartment owned by landlords “M.C.” and “D.C.” The landlords said L.V. lacked contents insurance. Lundy agreed the tenant was required by the lease agreement to have contents coverage. But Lundy ordered L.V. evicted for reasons other than not having contents insurance – including not paying the water bill and having an unlicensed car on the property.

In SWL-81313-15-AM, a lack of contents insurance did not constitute “substantial interference” with the landlords’ “lawful right, privilege or interest” because contents coverage (unlike liability coverage) only benefits the tenant, Lundy noted.

3 Comments » for How landlords can help you sell tenant insurance