LAT throws out claim after occupational therapist disparages the insurer

Ontario’s Licence Appeal Tribunal (LAT) has ruled in favour of The Co-operators after completely dismissing an occupational therapist’s report that disparaged the insurer and provided opinions outside the scope of medical practice.

An auto accident claimant – identified only as B.S. in the decision – was seeking entitlement to about $24,000 in recommended treatment plans, examinations and assessments following a car accident on Apr. 12, 2016. In seeking this entitlement “due to extensive functional barriers and high levels of pain,” B.S. relied only on an Occupational Therapy Paper File Review Report (the OT report) dated Nov. 2, 2018, adjudicator Brian Norris wrote in B.S. vs. The Co-operators General Insurance Company, released last week. 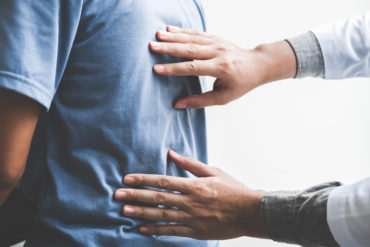 But the occupational therapist failed to comply with section 10(2) of the LAT Rules of Practice and Procedure, Norris noted. “Specifically, the assessor failed to fulfill the duty of providing opinion evidence that is within the expertise of occupational therapy, fair, objective and non-partisan.”

In a section of the OT report titled “RESPONSE TO CURRENT DENIALS,” comments are “beyond the scope of an occupational therapist and disparage [The Co-operators],” Norris said. In particular, one paragraph read as follows:

B.S. was the driver of a car that was struck on the passenger’s side while making a left turn Apr. 12, 2016. Ambulance services attended the scene, but did not take the driver to hospital. She attended a walk-in clinic and was given medication to deal with pain and referred to massage therapy.

B.S. received physiotherapy and massage therapy to treat soft tissue injuries, characterized as “minor injuries” in the SABS’ Minor Injury Guideline (MIG). She was later removed from the MIG as a result of psychological injuries and no longer subject to the MIG’s funding limit of $3,500. The Co-operators paid for B.S.’s initial treatment, but eventually denied funding for physiotherapy services after the insurer’s examination determined “further physical treatment was not reasonable and necessary,” the decision said.

A different treatment and assessment centre proposed a variety of separate examinations, for which the insurer refused to pay. B.S. applied to the tribunal for resolution. The disputed claims included more than $10,000 for four physiotherapy treatment plans, and nearly $14,000 for recommended examinations and assessments, including in-house, chronic pain and cognitive assessments, among others.

B.S. claimed to have not resumed the same pre-accident lifestyle and said there is a reasonable possibility she may have chronic pain syndrome.

The Co-operators claims B.S. suffered minor psychological difficulties and musculoskeletal injuries as a result of the accident, relying on the opinions of several evaluators. One found B.S. suffered strain injuries, but determined that further facility-based treatment was not reasonable and necessary. Another, an occupational therapist, said B.S. reported “no experiences with cognitive difficulties at work despite having a job which involved mostly cognitive skills.”

Although B.S. submitted medical records in addition to the OT report, a review “reveals no remarkable information and does not persuade the reader to find the disputed treatment plans are reasonable and necessary,” Norris found. “It is [B.S.’] responsibility to prove entitlement to medical and rehabilitation benefits. The OT report, written submissions, and medical records provided by [B.S.] fail to satisfy this requirement. As a result, I find [B.S.] is not entitled to the disputed treatment and assessment plans.”