A British Columbia strata lot owner is on the hook for more than $8,000 after accidentally drilling a hole into a pipe when trying to mount a television. 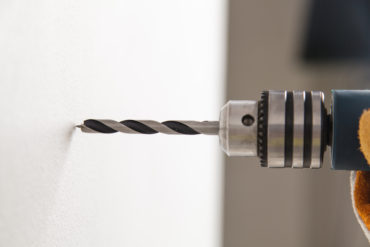 In June 2016, Ronald Lake drilled a hole into a wall to install a mounting bracket, the Civil Resolution Tribunal noted in a ruling released Feb. 20, 2018. The drill hit a pipe, causing flooding.

Lake had argued the accident was “caused by incorrectly installed plumbing approved by the strata, and it was reasonable to expect to be able to mount a television on a bedroom wall,” CRT member Kate Campbell wrote in the ruling.

The strata corporation had argued that unit owners are “responsible for ensuring there are no service lines in a wall before any drilling.”

The strata corporation did not convince the CRT that Lake violated a bylaw requiring approval before fastening to a wall “any television or radio antenna or similar structure or appurtenance.” Campbell’s rationale was that a television wall mount bracket is not an antenna, but rather is “similar to wall-mounted shelving or furniture,” which do not require approval for installation under the strata corporation’s bylaws.

But those bylaws also stipulate that the strata corporation is not responsible for damage “caused by an overflow or leakage of water from any adjoining strata lots or buildings or by the breaking or bursting of any pipes or plumbing fixtures, or in any other manner whatsoever, unless such damage shall result from the negligent act or omission on the part of the strata corporation, its servants or agents.” The CRT ruled that in this case, the strata corporation was not negligent.

Lake had stated he “deliberately drilled into the drywall and not the stud, in order to install a toggle bolt,” based on advice from installers at Home Depot and Best Buy.

Evidence submitted by Lake “[does] not prove that the water pipe in question was installed contrary to the codes applicable in the applicant’s jurisdiction,” Campbell wrote.