Düsseldorf, Germany-based family-owned enterprise ARAG Group announced on Tuesday that it has launched operations in Canada with the newly founded ARAG Services Corporation. 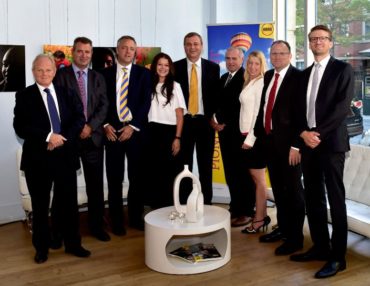 The new company develops legal insurance products and manages underwriting, sales and marketing activities in the Canadian market, while Brit Syndicate at Lloyd’s is the assigned risk carrier, ARAG Group said in a press release on Tuesday.

Canadian Peter Talacek heads the ARAG subsidiary based in Toronto. He has been employed in the Canadian insurance industry since 1996. Among other positions, Talacek has worked for Arch Insurance Group, Liberty International Underwriters, American International Group and as a corporate consultant.

ARAG Services Corporation is an authorized coverholder of Lloyd’s. Initially, the company will be operating in the three provinces of Ontario, British Columbia and Alberta, the release said.

The product range comprises legal insurance for employment, traffic and contractual matters, as well as legal issues that arise in connection with property dispute or identity theft, ARAG explained. It also includes legal services, such as a telephone legal advice and an online database containing various downloadable legal documents. The company focuses above-all on group policies for private customers and small and mid-sized companies, which are sold through insurance brokers as well as unions and associations.

“We offer an impressive combination of outstanding products and excellent customer services for the Canadian market,” Talacek said in the release. “Demand is strong in Canada, since many people fail to realize just how quickly they can become involved in legal disputes. Employment issues, defective goods, and tax matters can be very complicated and costly. We support our customers by enabling them to assert their rights – regardless of their financial standing.”

Paul-Otto Faßbender, chairman, CEO and majority shareholder of the ARAG Group, said in the release that Canada follows Denmark as the second newly opened market added to ARAG’s country portfolio, which now operates in 17 countries. “Canada offers us extraordinarily interesting growth prospects, as legal insurance is largely unknown there,” Faßbender said, adding that the company entered the United States market in 1989 “and have since established a strong market position there.”

“The international legal insurance business is a major pillar of our business strategy,” he noted, reporting that ARAG has been successfully engaged in international business operations for 54 years. The company recorded 7.7% growth in this segment alone and 511.2 million euros in premium income last year.