Litigation privilege ‘can be asserted’ against administrative investigators, Supreme Court of Canada finds in ruling in favour of Aviva

An insurer in Quebec can assert litigation privilege when the province’s self-regulating body for agents, brokers and claims adjusters demands a copy of an entire file on a claim, the Supreme Court of Canada suggested in a ruling released this past Friday. 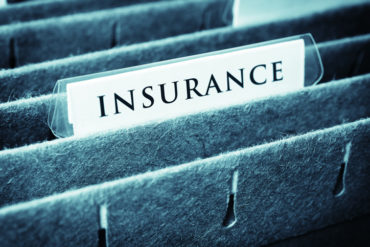 Essentially, ChAD wanted to force Aviva Insurance Company of Canada to hand over a complete copy of a residential fire claim.

In 2011, ChAD sent Aviva a request for a complete copy of a claim after opening an inquiry with respect to an Aviva claims adjuster. ChAD also asked for a list “that would enable” Karine Lizotte, assistant syndic of ChAD, to identify the employees who worked on the file.

The case is cited as Lizotte v. Aviva.

In July, 2008, a fire damaged the residence of an Aviva policyholder. That policyholder brought legal proceedings against Aviva, Mr. Justice Clément Gascon of the Supreme Court of Canada wrote.

“While that action was still pending in court, the syndic applied in June 2012 for a declaratory judgment against Aviva in order to obtain the documents it sought,” Justice Gason added. “On June 26, 2013, Aviva and the insured person reached an out-of-court settlement, and on October 17, 2013, Aviva finally sent the syndic the entire file regarding the insured person’s claim.”

In its Nov. 25, 2016 ruling, the Supreme Court of Canada upheld a Quebec Court of Appeal ruling, which in turn upheld a decision of the Quebec Superior Court to the effect that Aviva could asset “litigation privilege” against the syndic.

ChAD is a self-regulatory organization established by section 284 of Quebec’s Act Respecting the Distribution of Financial products and Services (ADFPS).

ChAD had argued that “it should not be possible to assert the privilege against someone who is not a party to the litigation in question,” and that there should be a “third party investigator exception,” Justice Gascon noted.

But there is no clear, explicit or unequivocal language “providing for the abrogation” of this litigation privilege, Justice Gascon suggested.

“Litigation privilege can be asserted against anyone, including administrative or criminal investigators, not just against the other party to the litigation,” Justice Gascon wrote. “The disclosure of otherwise protected documents to third parties who do not have a duty of confidentiality would entail a serious risk for the party who benefits from the protection of litigation privilege. There would be nothing to prevent a third party to whom such documents are disclosed from subsequently disclosing them to the public or to the other party, which could have a serious adverse effect on the conduct of the litigation in question. The documents could then be presented to the court in a manner other than that contemplated by the party protected by the privilege. This is the very kind of harm that litigation privilege is meant to avoid.”

Among the cases cited were a 2006 Supreme Court of Canada ruling against the federal justice department and in favour of Sheldon Blank.

In 1995, Blank and Gateway Industries were charged under the Pulp and Paper Effluent Regulations and under the Fisheries Act.

Blank later sued the federal government for abuse of its prosecutorial powers, among other things. He also requested all files on the prosecution of Gateway under federal access legislation.

“Litigation privilege has long been recognized by the courts and has been considered to entail a presumption of immunity from disclosure once the conditions for its application have been met,” Justice Gason wrote in 2016 in Lizotte v. Aviva, adding that litigation privilege “is recognized by the common law courts, and it gives rise to a presumption of inadmissibility for a class of communications, namely those whose dominant purpose is preparation for litigation.”

Another cased cited was the 2008 Supreme Court of Canada ruling – cited as Canada (Privacy Commissioner) v. Blood Tribe Department of Health – which upheld a Federal Court of Appeal decision overturning a ruling of the Federal Court.

Blood Tribe Department of Health had applied for judicial review to challenge the legality of an order, from the federal Privacy Commissioner, to turn over letters from lawyers concerning Annette Soup, who had been dismissed from her job with Blood Tribe. Soup had asked for access to her personnel file after being dismissed from employment. Initially, the Federal Court ruled against Blood Tribe, but this ruling was overturned on appeal. In 2008, the Supreme Court of Canada upheld the Federal Court of Appeal’s decision to set aside the Federal Court decision and to vacate the Privacy Commissioner’s order for production of solicitor-client records.

Section 12 of the Personal Information Protection and Electronic Documents Act “gives the Privacy Commissioner express statutory authority to compel a person to produce any records that the Commissioner considers necessary to investigate a complaint ‘in the same manner and to the same extent as a superior court of record’ and to ‘receive and accept any evidence and other information . . . whether or not it is or would be admissible in a court of law,’” Mr. Justice Ian Binnie wrote in 2008 in Blood Tribe.

“Client confidence is the underlying basis for the privilege, and infringement must be assessed through the eyes of the client,” Justice Binnie wrote.  “To a client, compelled disclosure to an administrative officer, even if not disclosed further, would constitute an infringement of the confidentiality.  The objection is all the more serious where (as here) there is a possibility of the privileged information being made public or used against the person entitled to the privilege.”

“In accordance with Blood Tribe, unless clear, explicit and unequivocal language has been used to abrogate solicitor‑client privilege, it must be concluded that the privilege has not been abrogated.”

More News
Related
Exclusion clause for ‘conversion’ in comprehensive auto policy ‘does not come close’ to being easily intelligible: Court
Supreme Court of Canada will not hear appeal from insureds seeking replacement cost instead of actual cash value in fire claim
Top court will not hear appeal of Sask. appeal court’s reduction of punitive damage against insurers found to have breached duty of good faith
Fort McMurray wildfire could hurt 2016 Q2 results for some Canadian p&c insurers, companies offering help