Only about half of Canadians polled by Canada’s third largest insurer understand what kind of water damage is covered by their insurance policy, providing an opportunity for brokers to educate clients on the coverage.

“For insurance brokers and agents, understanding someone’s unique insurance needs, discussing the increasing trend in water damage claims and the specific things that are and are not covered is a good idea when reviewing homeowners’ insurance coverage,” Desjardins Group spokesperson John Bordignon told Canadian Underwriter Thursday. 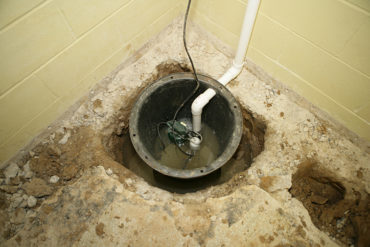 “The industry needs to do a better job of educating consumers about the increasing frequency and impact of water damage, what is covered, and the options available to help consumers mitigate damage,” he said, “whether that’s caused by frozen pipes and ice damming in the winter or the increasing severity of rain storms, hail and flooding in the spring and summer.”

Water is the most common cause of damage and accounts for 50% of home insurance claims costs, Desjardins Group said Thursday. This is similar to other recent industry findings, with the Canadian Institute of Actuaries saying in a 2014 report that water damage is responsible for 48% of Canadian home claims, ahead of theft and fire, which made up 18% and 4% of total claims, respectively.

In Desjardins’ survey – conducted online with 3,020 respondents aged 16 to 74 across Canada – just over one-quarter (26%) reported having a water damage incident in their home. But 43% didn’t know how to prevent this type of damage (which could include steps such as sealing cracks, checking the backwater valve to avoid sewer backup and extending downspouts to prevent water seepage).

With more frequent and severe weather incidents like heavy rain, lightning storms, hail, freezing-thawing cycles and flooding, there has been an increase in the number of water-related insurance claims across the country, Desjardins said. When asked if they feel weather severity has increased in frequency in the last 10 years, 75% of respondents believed it has, with 58% indicating they are worried about climate change impacting their personal safety or the safety of their property.

1 Comment » for How many Canadians actually understand water damage coverage?