The upcoming legalization of marijuana will have a “resultant effect upon the accident benefits and damages recovered by those involved in motor vehicle accidents,” one lawyer suggested to Canadian Underwriter on Thursday. 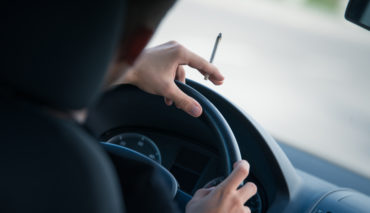 In Ontario, entitlement to income replacement benefits, non-earner benefits and other expenses are excluded under Section 4.4 of the Ontario Automobile Policy where a claimant is convicted of a criminal offence while operating an automobile.

“As well, in personal injury claims, where an individual brings a claim against a driver who was found to be impaired at the time an accident occurs, an insurer will be in a position to restrict the responding policy limits to the statutory minimum of $200,000 on the basis that the impaired driver was in breach of the policy conditions,” Jennifer Huneault, a partner at Hughes Amys LLP told Canadian Underwriter in an interview.

“To add to that, should a driver get into an accident when found to be impaired by THC,” Huneault said referring to the chemical compound in cannabis, “their auto insurer is also on solid footing to deny any claims they bring for repairs to their own vehicle.”

The Government of Canada has introduced legislation that would legalize the use and possession of non-medical cannabis and make changes to federal impaired-driving laws in the Criminal Code. The proposed federal changes include three new impaired driving charges specific to cannabis, cannabis/alcohol combination and other drugs.

1 Comment » for How marijuana legalization could affect accident benefits