Insurance policies for marine, surety, guarantee or fidelity-type bonds, accident and sickness, and life will be exempt from Newfoundland and Labrador’s 15% retail sales tax (RST) on property and casualty insurance premiums, the Insurance Bureau of Canada (IBC) said on Friday.

The Government of Newfoundland and Labrador announced last month the reintroduction of the RST on insurance premiums in its recent 2016 budget in an effort to reduce the provincial deficit. 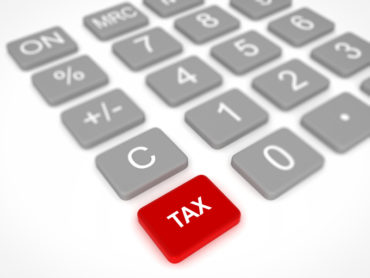 In a memo issued to insurers on Friday, the government confirmed that the sales tax will be applied only to P&C policies issued or renewed on or after July 1. The RST also applies to policies that are cancelled prematurely and then renewed in an attempt to avoid RST. The sales tax will be remitted on a basis that coincides with the timing of premium instalments.

For those customers who have already received invoices for policies renewed on or after July 1, insurers will issue correspondence shortly with details on compliance with the RST collection guidelines, IBC said in a press release.

“While no one is ever happy about a new tax, the information received today provides clarity for the insurance industry in order to prepare for the questions that customers are going to have,” said Amanda Dean, vice president, Atlantic, IBC. “Insurers will now work to ensure that the invoices for renewals that take effect on or after July 1 include the RST.”

Insurers, brokers and agents may need a few days to ensure that all staff are knowledgeable on the new guidelines, but they will be working to provide accurate information to clients as quickly as possible given the information received, the release said. Insurers typically issue renewal documentation 60 days prior to the policy renewal date. “The government worked to get this clarification to the insurance industry quickly in order to ensure that consumers still had ample time to review coverage and other details contained in their policies.”

IBC also said in the release that it advocated strongly on behalf of insurers and consumers in Newfoundland and Labrador to ensure that this tax would not be applied to policies already in force.

Dean told Canadian Underwriter recently that the province will have the highest taxes on insurance premiums in Canada when the RST takes effect, along with an increase, by one percentage point, of the Insurance Companies Tax, currently at 4%. Presently, Quebec has the highest premium taxes.

Dean said that the RST was something that the previous government had done away with after about a decade of lobbing from IBC and the P&C industry. Total projected annual revenue from the 15% RST is expected to be $111 million.

If consumers have any questions about their home, car or business insurance policy, IBC advises that they get in touch with their insurance representative or call IBC’s Consumer Information Centre at 1-844-2ask-IBC.