May 2021 came in with a bang for Canadian brokerages involved in mergers and acquisitions activity, particularly in western Canada and Ontario.

Over the course of a week, at least seven acquisitions were announced in the Canadian P&C brokerage space. The announcements included three acquisitions by Westland Insurance Group, and one each from Navacord, InsureLine, mutual insurer group Collectivfide, and McCAM Insurance Brokers.

On May 6, Westland Insurance said it had closed three acquisitions with seven branches in total — Hillcrest Insurance and Pinks & Plates Insurance in Alberta, and Moon Insurance in Saskatchewan. Effective May 1, these acquisitions are intended to support Westland’s expansion strategy to serve more communities across Canada.

With the acquisitions, Westland Insurance is adding 27 employees in Alberta and Saskatchewan to its national staff of more than 1,900 employees. The brokerage now has 170 locations in British Columbia, Alberta, Saskatchewan, Manitoba, Ontario, Quebec, and Nova Scotia. 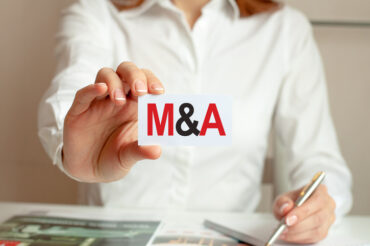 Also in western Canada, Allwest Insurance, a provider of P&C insurance solutions in Vancouver, said it had partnered with Navacord Corp. effective May 5.

Allwest has been in business for 50 years and has five locations across Vancouver, including in Burnaby and Langley. “Having built its reputation as the leader in auto insurance and leasing for high-end dealerships, Allwest’s expertise also spans home insurance, particularly among high-net worth clientele across West Vancouver, as well as best-in-class commercial solutions for small- to medium-sized businesses,” Navacord said in a release.

With Navacord’s national backing and shared resources (the brokerage handles more than $1 billion in premiums), Allwest will have access to broader business opportunities and the ability to provide enhanced risk solutions and products to consumers.

Also at the beginning of the month, InsureLine announced the acquisition of Mutual Aid Insurance Brokers Company Inc. (MAIBC). MAIBC’s main office is in Kitchener, Ont., and it has branches in Chatham, Leamington, London, the Niagara Region, and Whitby.

InsureLine is an insurance brokerage franchise that enables independent brokerages to retain 100% ownership in their business while providing the scale necessary to compete in today’s marketplace by providing franchisees with tools, technology, market capacity and marketing support.

The purchase of MAIBC was effective May 1. Terms of the sale were not disclosed. InsureLine reported that Linda Van Bergen will continue to be the principal broker and oversee the operations.

InsureLine has acquired MAIBC to be an owned operation and serve as the head office for InsureLine in Ontario. A little over five years into its operation, InsureLine now has more than 25 locations in B.C., Alberta, Manitoba and Ontario.

“InsureLine recognizes the roots and deeply held values of MAIBC and we intend to retain all of the personnel and will listen carefully to all of whom have helped to shape MAIBC, and guide its future in a manner that honours the legacy of the community and the history of the business,” said InsureLine president and CEO Aly Kanji.

MAIBC started in 2004 as a faith-based insurance brokerage. Since then, it has grown to provide “small-town service with big-city capacity” by offering a wide range of personal and commercial insurance products.

“The alliance of our well-established brokerages will enable us to give our customers more solutions, more markets, more choice, and increase our geographic footprint,” said Rorie McIntosh, CEO of McCAM, who will serve as CEO of the joint firm. “We also look forward to bringing our Marquee Insurance Program, our entertainment division, to the Barrie/Muskoka area — offering our customers experienced boots on the ground for productions north of the [Greater Toronto Area].”

Damon Clarke, CEO of AIM, will take on the role of vice president of operations, the Canadian Broker Network said in a release May 6. The brokerages will merge under the unified brand of McCAM Insurance Brokers Limited.

McCAM, a CBN member, is based in Oshawa, Ont., and serves the needs of customers across Ontario. It was founded in 1913 and offers home, auto, business, boat and entertainment insurance.

AIM Insurance is based in Barrie, and has served the Barrie/Orillia/Muskoka region for over 20 years.