Two days after Sedgwick Claims Management Services Inc. announced that it had completed its acquisition of Cunningham Lindsey, Sedgwick announced that Michael Holden will serve as president of its combined business operations in Canada.

Holden has led Sedgwick and subsidiary Vericlaim’s operations and business expansion in Canada since 2016, Sedgwick noted in a press release on Wednesday. During his 30-year career, he has worked in all aspects of insurance, brokerage and claims management, including loss adjusting, underwriting and business development. 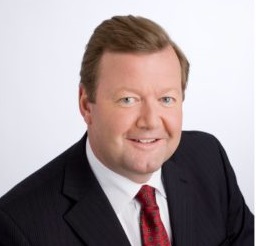 Before he was president of Sedgwick CMS Canada Inc. and Vericlaim Canada, Holden previously served as CEO of Granite Claims Solutions, a company he helped to transform from a small business into a national Canadian provider. Granite Claims Solutions was acquired by SCM Insurance Services in August 2014 and is now part of ClaimsPro.

Holden is a member of the Canadian Board of Marine Underwriters, Insurance Institute of Canada, Ontario Insurance Adjusters Association, and the Canada and Ontario Risk & Insurance Management Society (RIMS).

“Mike Holden has been a critical member of our management team since he joined Sedgwick, playing an instrumental role in leading our growth in the Canadian market,” said Tom Simoncic, Sedgwick president of property for the Americas, in the release. “He is the natural choice to lead our combined operations across Canada.”