Miss the office commute? This is why you should

Many property and casualty insurance professionals are not missing driving into the office every day after shifting to working from home for the last 10 months. However, a pair of researchers are saying the daily commute does provide valuable benefits to employees.

When asked about satisfaction about working from home and feelings about returning to the office during Canadian Underwriter’s survey this week, more than 200 P&C pros commented specifically about the benefit of avoiding the commute to the office.

“No wasted time commuting 2.5 hours per day,” said one reader. Another noted the freedom of not being tied to train schedules, while one expressed relief of not having to be on the highway every day.

“I save a lot of time/energy/stress working from home,” a respondent said. “I can wake up later, save money and the environment [by not] commuting.”

However, even though many are embracing the work-from-home life and advocating for it to become part of normal office culture — 81% called for their employers to offer more flex time to work from home after the pandemic is over — an argument is being made around the benefits of making the journey to the office. 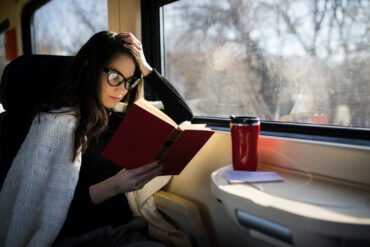 But it’s not to boost work productivity or appease bosses. Instead, it is for a myriad of personal and mental benefits.

Two Australian university staff members recently published an article in The Conversation that looked at the need for humans to take part in a dreaded commute to the office in order to, among other reasons, have that separation between work and home — the forced time between the two spaces.

“For all its downsides, the daily commute does have some positives, acting as both a starter button and circuit breaker to differentiate work from home life,” wrote Meg Elkins, a senior lecturer, and Robert Hoffmann, an economics professor and Behavioural Business Lab chairman.

Commuting accounts for two of the three least favourite parts of the day according to a study from the American Economic Association (the morning commute was the worst, actually working was second and commuting home was third).

So while commuting is roundly disliked — crowding, congestion and unpredictability increase levels of stress and dissatisfaction, and the longer the commute, the higher those levels rise — the authors point out that without time between work and home, there’s a downside.

“Commuting can be a ritual that helps us psychologically separate home life and work — switching off from personal concerns in the morning, and then detaching from work worries in the evening,” they wrote.

Elkins and Hoffmann quoted Italian physicist Cesare Marchetti who said: “Even people in prison for a life sentence, having nothing to do and nowhere to go, walk around for one hour a day, in the open.” They also highlighted research over decades that shows “psychological distance” is crucial to one’s well-being.

“Research also shows that switching from our home to work ‘identities’ carries cognitive demands. A buffer between the two can help make this transition,” they wrote. 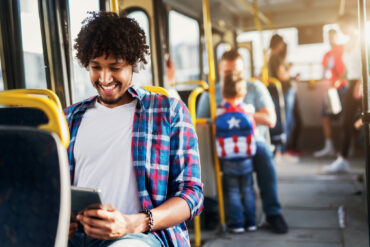 Sure, people can go for a morning walk and change into work attire to achieve the needed distancing, “but the demands of both family and work responsibilities often mean we don’t make that time.”

Thinking about how to get value out of the daily commute can also be beneficial. For example, don’t think of the commute as a waste of time, but instead of it as “me time,” Elkins and Hoffmann recommended.

“In the morning, use your commute to plan your day. Research has found this increases satisfaction at work and makes longer commutes more palatable. Maintaining small routines on the way has also been found to help,” they wrote. “In the evening, use the time to unwind with pleasurable activities such as reading, playing mobile games, calling a friend or family member, listening to music or a podcast. These are activities you won’t necessarily have time for once you get home.”

Even doing nothing can be a good thing, they argued. It’s an opportunity to let your mind wander. A study from the U.S. National Library of Medicine National Institutes of Health talks about how free time can help inspire creativity and problem-solving.

“You can’t necessarily control the amount of time you spend commuting, but you can control what you get out of it,” Elkins and Hoffmann wrote.

2 Comments » for Miss the office commute? This is why you should