A decade of sliding down a slippery financial slope has prompted insurers to run for the exits in the municipal insurance line of business.

A number of companies have exited the market, with more possibly to follow, leaving brokers with fewer options for clients, says a brokerage executive.

Over the last decade, rising premiums on both the liability and property sides have taken a toll, explained David Richards, Toronto-based CEO and co-founder of EQUA Specialty Risk Partners Corporation.

“In Ontario, joint and several loss language in the court system has really been a disadvantage to the municipality’s insurance companies,” he told Canadian Underwriter, referring specifically to the liability end of the spectrum.

He used the example of a slip-and-fall as just one of the challenges municipalities are facing. A city may have done everything right — say, during the winter, it de-iced its sidewalks and kept its areas clean and clear of obstacles — and yet someone might still take a fall and suffer an injury. And then they might sue the city.

In court, the municipality may be able to show that they did 99% of what was required to prevent a fall. But let’s say the judge finds the city even 1% liable. Under joint and several liability, the city may still wind up being on the hook to pay out the entire claim, as Richards explained in an interview. 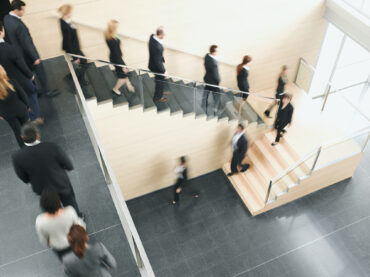 “The insurance companies initially wrote the municipal business because historically it had been a very, very good risk,” Richards said. “[Municipal exposures] are, generally speaking, looked-after and risk-managed. [The cities are] protecting taxpayer dollars, they’re doing all the normal things. Unfortunately, they have losses like everybody does. They started to pay out these crazy demands for loss adjustments.”

On the property end of the spectrum, environmental factors are wreaking havoc. Calgary, for example, was hit last year by the most expensive hailstorm in Canadian history for insured losses. The East Coast is no stranger to damage caused by remnants of hurricanes that start in the United States. Forest fires continue to plague areas like British Columbia.

“You take that global municipal premium out there, [and] the billions of dollars that [municipal insurers] had to write off for insurance property losses — [and if] you compound that with the liability scenario just in Canada alone — it becomes an incredibly difficult class of business to get underwriters to write,” Richards observed. “It’s a very, very limited marketplace right now.”

Presumably, it’s limited because insurers are looking at high loss ratios and deciding to take a pass on an unprofitable business line. Two years ago, Richards reports, about 10 companies writing in the municipal lines space. Now, there are three or four. He said it wouldn’t be a surprise to see that number drop to around two.

“It’s becoming a real problem, the fact that the historic loss ratio for liability premiums and losses for this business is now well over that 100% number,” he said. “Insurance companies just can’t make any money. They only have so much capital that they want to invest to write premium dollars. Why would they put it into a market that’s going to give them losses? They’re going to move that capital out of municipality insurance and go write something else.

“It’s a typical supply-demand curve. And…prices have gone through the roof.”