Mutual insurers’ share of the overall insurance market increased from 24% of direct premiums written in 2007 to just over 26% in 2014, reversing some of the declines of previous decades, according to Swiss Re’s latest sigma report. 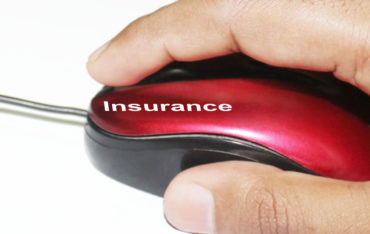 Released on Tuesday, Mutual insurance in the 21st century: back to the future? also found that the segment faces a number of challenges, including adapting to new risk-based capital requirements and more stringent corporate governance arrangements, which could put some mutuals at a competitive disadvantage. Further, mutual insurers must embrace technological disruption.

“Exploiting digital technology such as smart analytics and social media should allow mutuals to better serve the interests of their member-owners, while their ownership structure should enable mutuals to keep insurance affordable for some individuals and risks,” Swiss Re said in a press release.

The primary purpose of mutual insurers is to provide risk protection coverage for its owner-members, rather than to make profits or provide returns to external shareholders as in the case for stock-based insurers. Over the past few years, cumulative premiums written by mutual insurers have outpaced those of the wider insurance market, with much of the outperformance concentrated during the height of the financial crisis in 2008-09, Swiss Re said.

“That mutuals’ relative premium performance did not reverse once economic growth resumed after the financial crisis, suggests a degree of permanence to the segment’s recovery,” says Kurt Karl, chief economist at Swiss Re, in the release. “Some mutual groups have expanded internationally in recent years, and new mutuals have been established in a number of markets, another indication of the segment’s renewed popularity.”

However, while mutuals’ share of the global insurance market has increased modestly since 2007, it remains well below previous highs. For example, in the life sector, the share of global premiums of life mutuals was 23% in 2014, well below levels of around 66% in the late 1980s and early 1990s before a wave of demutualizations in a number of countries. 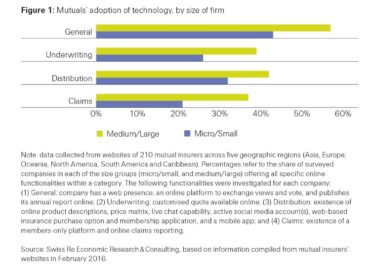 Swiss Re said that the most obvious challenge comes from new risk-based capital requirements and tougher corporate governance arrangements introduced by governments and regulators, designed to boost the resilience of individual insurers and curb excessive risk taking. Although these requirements could put some mutuals, especially smaller ones with a narrow regional or business line focus, at a competitive disadvantage, larger and better-diversified insurers are in a stronger position to manage the additional operational and funding costs associated with compliance.

Regulators appear alert to the possible unintended consequences of their new rules, and emphasize proportionality in implementing the new prudential (i.e. capital) and governance regimes. There has also been a renewed focus on the range of capital solutions available to mutuals, including legislation in some countries to allow equity-like capital instruments to be issued, such as certificats mutualistes in France. Together with customized reinsurance solutions and alternative risk transfer mechanisms such as insurance-linked securities, this will give mutuals increased financial flexibility to grow their business and compete with other types of insurers, Swiss Re said.

With regard to digital technology, it is “fundamentally re-configuring the competitive landscape in which all insurers operate.” Mutual insurers must adapt and upgrade their underwriting and distribution practices if they are to remain relevant in the digital age, the sigma report said, adding that there are signs that many are actively embracing such change, but some mutual insurers are lagging behind. For example, smaller mutual insurers have not yet adopted full online functionality in their business practices, perhaps reflecting their greater attachment to traditional agent/broker distribution.

“The laggards run the risk of losing out to market participants better placed to harness the new technologies,” the statement said. “This is especially true given the growing development of peer-to-peer (P2P) insurance platforms, which enable individuals to share risks among themselves in much the same way that affinity-based mutual insurers do.”

By leveraging new technologies, mutuals can continue to build on their recent renaissance and potentially launch a new era of mutualism. Exploiting social media and smart analytics to better understand the needs and preferences of customers should be a natural fit for mutuals, given their underlying purpose to serve the long-term needs of their owner-members rather than outside shareholders. Furthermore, technology-led moves towards full risk-based pricing could price some people out of conventional insurance. Without the distraction of providing returns to external shareholders, mutuals could play a crucial role in keeping insurance premiums affordable and certain risks insurable, the statement concluded. 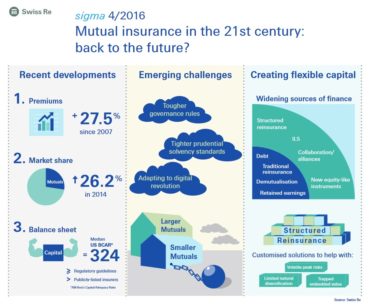 The International Cooperative and Mutual Insurance Federation (ICMIF), which contributed “significant” market intelligence to the report, welcomed the report’s findings. “Mutuals, now more than ever, play a significant role in the rapid levels of innovation and growth taking place within the global insurance industry,” said Shaun Tarbuck, ICMIF CEO, in a press release issued on Tuesday.

ICMIF said that the report states that by combining ownership and policyholder roles, a mutual structure can align incentives between customer and insurer, which in many cases leads to an “efficiency advantage.” One of the ways this advantage manifests itself is in a higher loss ratio of 67% versus the industry benchmark of 63%. “This reflects the mutual model well as mutuals choose to limit premium increments for members and accept more claims rather than striving solely for profit maximization.”

This could, in turn, be the reason that “mutuals are enjoying significantly greater loyalty” from members, with a recent survey suggesting that customer loyalty scores for mutual are more than double those of multinational stock-based insurers.

Tarbuck said that while he agrees with the point that there is a changed perception of mutual among policymakers and regulators in the last few years, this now needs to manifest itself in sensible proportionality rules in regulation and also the ability to establish new mutuals in all countries. “It is not acceptable that 45% of the world’s countries still don’t have a legislative system which allows mutual insurers to exist,” he said.

Tarbuck said that the sigma report fairly demonstrates the strides that the mutual and cooperative insurance sector is making, while showing the challenges it is facing. “What makes this sector so strong is its propensity to innovate and collaborate, whether that be reflected in the new mutual start-ups referenced in the report; or the governance changes and diversity leadership shown by the sector; to the ability to collaborate on capital and reinsurance issues; and the opportunities presented by digitalization. We are definitely at the beginning of a new era of mutualism,” he concluded.