MCADAM, N.B. – Two years after a mysterious “swarm” of earthquakes rattled homes and nerves in a New Brunswick village, they’ve started up again.

Earthquakes Canada has recorded 22 earthquakes in New Brunswick over the last 30 days, with most of those near McAdam, on the western edge of the province, near the border with the United States. 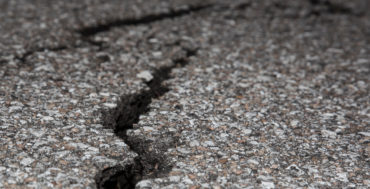 “I know when I first heard it, it sounded like the hot water tank may have exploded in the basement. Then we realized it was these earthquakes,” Stannix said.

“It will wake you up in the middle of the night, but we’ve become accustomed to them. You wake up and say ‘That must have been an earthquake,’ and then you’ll hear a couple softer bangs and then the event is over.”

Stephen Halchuk, a seismologist at Natural Resources Canada, said all of the recent earthquakes have been minor – less than three on the Richter scale.

“Starting on March 27 we had a magnitude 2.6 close to McAdam and then a number of very tiny events,” Halchuk said.

“Most of the earthquakes in New Brunswick are of a magnitude three or smaller. We do on occasion get larger ones with magnitude fives over the last century or so. This low level of activity with the small magnitude two and smaller events is really not out of the ordinary,” he said.

Earthquakes in New Brunswick tend to occur in the northeast and southwest corners of the province, he said.

He said while there have been earthquakes in various parts of the province in the past month, there’s no indication of an increasing trend over the long term.

Halchuk said there have been other swarms of activity in recent years in eastern North America, particularly in neighbouring Maine and Connecticut.

In early 2016, more than 100 earthquakes shook the McAdam area, but a reason was never found.

Halchuk said there is no well-defined fault in the area, so it remains a mystery why the area is getting clusters or swarms of earthquakes.

Stannix said concerned residents flooded the village office with calls in 2016 to report shaking homes and broken windows, but this time people are taking the earthquakes in stride.

“This time around people have not been so nervous, I suppose for two reasons – the number, although there have been quite a few in the last 30 days, it wasn’t like the 90-odd quakes that we had in 2016, and the severity hasn’t been there either,” he said.