Private insurance companies in the United States are “clamouring” to write flood risk for properties while the nation’s National Flood Insurance Program encourages development in floodprone areas and needs to be “significantly reformed,” speakers recently told a committee of the U.S. House of Representatives. 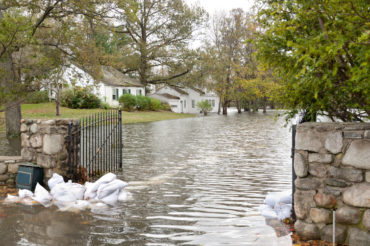 NFIP “was created in 1968 to reduce ad-hoc disaster payments and to deal with a perceived lack of available and affordable flood insurance,” Steve Ellis, vice president of Taxpayers for Common Sense, said June 7 in testimony before the House of Representatives Financial Services Committee.

“Nearly half a century on it is nearly $25 billion in debt to taxpayers and there have been enormous technological innovations that enable insurers to accurately price risk and provide products and coverages unavailable through NFIP,” Ellis said.

NFIP is administered by the Federal Emergency Management Agency (FEMA). A property cannot qualify for NFIP coverage unless it is in a community that has joined the NFIP and agrees to enforce certain floodplain management standards.

“As of 2015, the NFIP had 5.2 million policies in force covering (US) $1.3 trillion worth of property,” Standard & Poor’s Financial Services LLC stated in a report released in 2016. At the time, S&P reported NFIP’s total losses since 2000 were US$42 billion, of which $16.3 billion was attributed to Hurricane Katrina, which inundated New Orleans in the late summer of 2005.

The NFIP program expires September 30 and Congress is studying several proposals intended to extend and reform the program.

One such proposal is to limit “annual premiums increases by lowering the cap on annual rate increase from 18 to 15 % per year” and to limit the “chargeable risk premiums for single family residences” to 10,000 a year, Financial Services Committee staff wrote in a memo June 2 to committee members.

Another discussion draft would require FEMA to “develop an open-source data system to allow public access of flood related information of data used in assessing flood risk or identifying and establishing flood elevations and premiums,” among other things. Another draft, if passed into law, would stipulate the AFIP coverage is no longer available “for certain high-risk properties after January 1, 2021, unless the FEMA administrator determines the private market is either not available or not affordable.”

Instead of capping rates, Ellis said, “a better approach is to target any premium assistance to those who need it and to encourage and target mitigation measures that could serve to reduce risk.”

“While the NFIP was created with the intention of slowing or preventing new flood-prone coastal and riverine development, the current floodplain management system in the U.S. is not working,” Saks said. “Instead of reducing floodplain development, flood-prone coastal population growth and development in the U.S. has skyrocketed since the program’s creation. The coastal area that covers 17% of the nation’s area is now home to half of its population. NFIP has contributed to this problem by encouraging development in flood prone areas by charging subsidized rates and masking flood risk.”

NWF recommends “additional provisions that would provide means tested assistance to low-income homeowners with a preference towards mitigation assistance rather than premium support,” Saks said.

Ellis reported that in Florida alone, there are 20 companies writing private flood insurance.

Private insurers “will take on high risk properties where those properties present an appropriate return for them,” said R.J. Lehmann, senior fellow, editor-in-chief and co-founder of the R Street Institute, in response to a question from Financial Services Committee member Ann Wagner, who represents the second district of Missouri.

“I would not dispute that subsidized properties are unlikely to be moved out of the NFIP until they pay risk based rates,” Lehmann said. “The program itself is a higher risk program and every policyholder in that program presents a cost to the taxpayer, which is why on an annual basis it is not actuarially sound.”

If property owners “are building to mitigate the risk, the private sector is going to come in,” Ellis said in response to a question from committee member Robert Pittenger, who represents the ninth district of North Carolina.

“I think that we are going to have to have NFIP at least in some form in the near term and where we hopefully transition to eventually having more Americans buying flood insurance and having more of a robust private flood insurance market,” added Ellis.