Nearly half of global insurers expect to acquire new technologies through M&A in the next three years: Willis Towers Watson survey

Nearly three-quarters of global insurers (74%) believe that their sector has failed to show leadership in digital innovation, according to a new survey by Willis Towers Watson (WTW) released on Thursday. 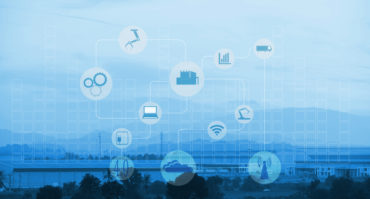 The report, titled New horizons: How diverse growth strategies can advance digitalisation in the insurance industry, involved a survey of 200 senior-level executives within the insurance industry. Forty-two per cent of those surveyed work predominately in the life insurance sector, 42% work in the property and casualty sector and 16% work in the health sector. The companies were split equally across the Americas, Asia and Europe, Middle East and Africa regions.

Global advisory, broking and solutions company WTW conducted the survey in conjunction with Mergermarket. It found that an increasing number of insurers now regard investment in digitalization a priority, especially considering the sector has lagged behind its financial services peers in adopting digital technologies owing to regulations, reluctance and cost. Insurers are finding smarter ways to grow their business through mergers and acquisitions (M&A) beyond traditional acquisition targets, WTW added in a press release.

“Insurers recognize the importance of building a sustainable digital infrastructure to improve customer engagement and as an essential distribution channel, which is likely to be addressed through a combination of internally driven innovation, joint ventures and M&A activity,” said Nicholas Chen, head of digital solutions at WTW in Asia Pacific. “Insurers that hesitate could very well get left behind and fail to capture future generations of younger policyholders, who are more likely to engage via digital channels.”

According to the release, almost half of the survey respondents (49%) expect to make an acquisition over the next three years, directly driven by the desire to acquire digital technologies, including 14% that intend to make more than one acquisition. The survey also revealed that nearly all respondents (94%) expect distribution to be the area where digital technologies have the greatest impact over the next five years.

Distribution is a recurring theme for insurers surveying the digital landscape, as it offers opportunities to find new ways to market, and to build closer, more engaged relationships with consumers of their products and services, WTW reported.

“In Asia, having a deep understanding of the customer and the market is key,” Chen noted. “A single solution and strategy may not work across all markets. For instance in China, Chinese consumers are very comfortable transacting on mobile devices, hence having a strong mobile offering that leverages leading local platforms including WeChat is expected, along with fulfillment capabilities.”

By contrast, Chen continued, “in Indonesia where there is a large unbanked population, and intermittent wireless connectivity, the digital offering will look very different. As a result, we stress the importance of insurers having a clear digital vision and strategy at the regional and local level.” 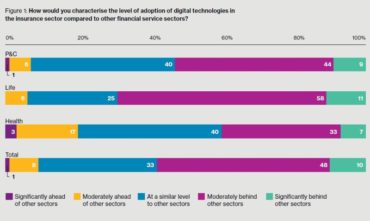 In the next two years, insurers say web and mobile delivery channels (77%) are the digital technologies they expect to have the biggest impact on the sector, while they anticipate big data, automation, robo-advice and sensors to emerge in importance over the next five years.

Insurers also recognize the challenge and opportunity to leverage digitalization to create operational efficiencies throughout the business that will not only manage cost but also streamline processes to enhance customer experience, the release said. “The tools emerging are often so far removed from insurers’ previous experience that external innovation models are likely to be the only way of expanding digital capabilities,” Chen said, adding that “this is expected to lead to a wave of new M&A activity in the years to come.”

Respondents also said that developing data and analytic tools are a key part of broadening their innovation, with many carriers claiming to have already made substantial progress in this area. Nine in 10 have explored how to gather more information directly from their existing customers; eight in 10 are leveraging social network data, and more than half (53%) are looking to mine publicly available data in new ways.

In terms of digitally disrupting the industry, 45% of insurers believe they will be the most likely to do so in the years ahead, while the same number project start-up companies to have the biggest impact. However, just 8% see new entrants from the technology sector, such as Google and Facebook, as likely to disrupt their marketplace.