What needs to be done to address independent adjuster mobility

It has also proposed a national licensing qualification, a longer-term solution that would require legislative changes to Insurance Acts in jurisdictions where the regulator is a Superintendent of Insurance. Provinces regulated by Insurance Councils would require changes to the rules contained in their regulations, a shorter and less complex process. 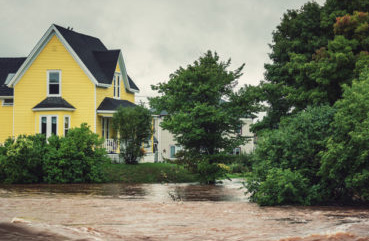 Each province and territory has its own licensing requirements for adjusters. This means that an adjuster from Alberta, for example, may not necessarily be allowed to work in Ontario if they are not licensed in the province. Companies may then choose to bring in an adjuster from the United States instead.

The national emergency licensing protocol is a short-term solution that can be implemented easily, Pat Battle, CIAA’s executive director, told Canadian Underwriter. It would involve the development of a national emergency licensing protocol that could provide rapid deployment of qualified Canadian independent adjusters to any province or territory in need of adjusting services as a result of severe weather or catastrophic events. “This will ensure Canadian independent adjusters are able to respond expeditiously to Canadian policyholders in times of crisis,” said Battle.

Last year, the Atlantic Superintendents of Insurance recognized harmonizing the approach for moving short-term independent adjusters to enable them practice in the Atlantic region quickly was in the best interests of the industry and the consumer, Battle said. The provinces agreed on common licensing protocols to quickly permit adjusting capacity in the region in times of severe weather or catastrophic events. Effective March 1, 2017, the protocols allow for a licence of up to 60 days and allowance for pre-approvals pending severe weather, among others.

The longer-term solution would be the development of a national licensing qualification for independent adjusters that considers those qualified by their designations, expertise, experience and commitment to continuing education. “A national adjusting licence qualification would be in the interests of efficient and cost-effective regulation that benefits consumers, insurers and government regulators,” Battle said.

Battle said CIAA has worked tirelessly on achieving a solution to the licensing issue. “We’ve outlined in detail the onerous experience in navigating the variances in the licensing practices across Canada, creating delays in the quick deployment of adjusters. The research and analysis has been done and sound recommendation for a solution has been presented to the regulators on numerous occasions.

“In the last while we are seeing  more and more regulators announcing  relaxed licensing processes in times of urgency, allowing for quicker boots on the ground,” Battle said. However, the onerous application processes are still necessary within a specified timeframe.

“With the increasing frequency of weather and disaster events across Canada, it is time the regulators make seamless licensing processes for a responsive and fast resolution of policyholders’ claims a priority,” Battle said.

More News
Related
Fort McMurray wildfire could hurt 2016 Q2 results for some Canadian p&c insurers, companies offering help
How the pieces of the puzzle fit together during a catastrophe
Tornado damage: View from the ground
Property Claim Services and NFIP to report aggregate flood loss estimates