Allianz Group has reported that net income attributable to shareholders climbed 36.5% in the third quarter of this year ending Sept. 30 to 1.9 billion euros, due partly to better performance across its business segments. 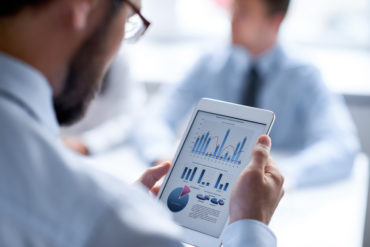 However, for the nine-month period ending Sept. 30, net income attributable to shareholders was 5.1 billion euros, down 1.1% from 5.2 billion euros in 9M 2015, Munich, Germany-based Allianz said in its financial results, released on Friday.

For the P&C Insurance segment, gross premiums written (GPW) held mostly steady at 40.4 billion years for 9M 2016 (9M 2015: 40.7 billion euros). Operating profit fell 9.9% to 3.9 billion euros compared to the first nine months of 2015, partly due to high claims from natural catastrophes in the second quarter and lower investment income, the release said. In addition, the year-ago period was supported by the net gain from the sale of the Fireman’s Fund personal insurance business. The combined ratio for the nine-month period was 94.4% (9M 2015: 94.1%). 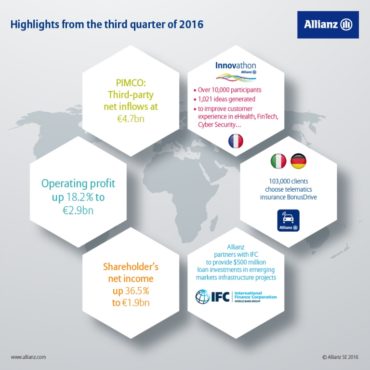 In Asset Management, third-party net outflows and negative foreign currency translation effects were more than offset by a strong positive market return and the acquisition of Rogge Global Partners, which together led to a 4% increase in third-party assets under management (AuM) from Dec. 31, 2015.

“Efforts to develop our business in a very difficult environment are paying off,” said Dieter Wemmer, chief financial officer of Allianz SE, in the release. “We’re seeing sustainable profitable growth in many businesses. Improvements from our Renewal Agenda are bearing fruit and keeping us on track to reach our operating profit target for the full year of 10.5 billion euros, give or take 500 million euros.”