The new breed of leader

A new breed of vulnerable and humble leader – someone who recognizes the importance of personal growth in helping the company to expand the business – is bucking the traditional stereotype of the uber-confident, omniscient CEO who comes to the job fully prepared for any situation. 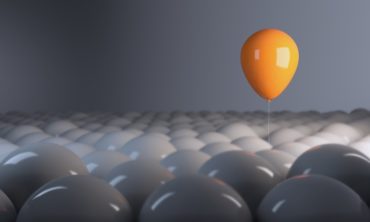 Seventy-nine per cent of CEOs either agreed or strongly agreed that they need the capacity to transform themselves as well as their organizations.

“In today’s complex new world, CEOs cannot have perfect answers to all of the questions and situations they will face,” Egon Zehnder states in its report on the survey results, The CEO: A Personal Reflection. “This openness comes through in the survey and conveys a humility that we did not see in years past.”

Leaders in the survey recognized that their position required a “dual journey” – their own growth, as well as that of the organization.

“We…believe—and the study confirms that many CEOs agree—that an organization is only as evolved as the mindset of its leader,” the report reads. “Our leaders must be able to continually learn and grow, or they cannot succeed.  And yet while everyone actively discusses and builds strategies for organizational transformation, CEOs are telling us that they are not being supported on how to make this parallel personal transformation. We must develop the tools to help them do this.”

In terms of vulnerability, most (80 per cent of) CEOs in the survey felt at least “somewhat” or “fully” prepared for the role. But the level of preparation differed depending upon whether the CEO was promoted internally or externally. Only 28 per cent of internally selected CEOs said they felt “fully” prepared for the job, whereas 38 per cent of external hires felt they were fully prepared. Just over half (53%) of the CEOs in the survey pool were internally promoted into the role.

Related Story:  The limits of leadership

When CEOs looked for honest feedback, where did they turn?

One surprising result is that they were more likely to turn to a partner or other family member (39%) for honest feedback than to an independent board director (28%).

“The clear conclusion from our survey is that many boards are not sufficiently supporting CEOs,” the report notes. “Boards and executives must improve their relationship, in part because they have a fiduciary duty to provide honest and constructive feedback to CEOs. If CEOs cannot get honest feedback from a critical stakeholder, it is hard for them to succeed.”

Forty-four per cent of the CEOs surveyed said their appointment was not part of a planned and formal succession process.

Canada’s property and casualty insurance industry has witnessed a number of C-suite level appointments this year, including at Intact, Aviva Canada, Swiss Re Canada, The Guarantee, and Everest Insurance Company of Canada, among others.