FREDERICTON – New Brunswick will seize drunk drivers’ cars for up to two months under a law that comes into force Nov. 1 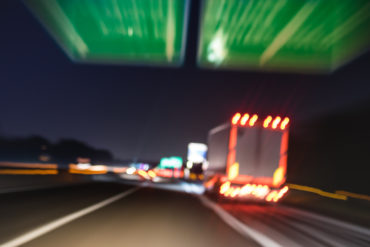 Public Safety Minister Denis Landry says the new law will make the province one of the country’s toughest on impaired driving.

Anyone convicted of drunk driving will have their vehicle impounded for up to two months and have a mandatory ignition interlock device installed in their vehicle when they get their licence back.

The mechanism is similar to a breathalyzer and won’t allow a vehicle to start if the driver is over the limit for alcohol.

The changes also include longer suspensions for drivers with a blood alcohol level within the warning range of 0.05 and 0.08, and those suspensions will remain on their driving record.

Police officers will also have the discretion to suspend a driver for 24 hours if they have any concerns about his or her safety.

Danielle Cole of MADD Canada says the changes are welcome news that will help reduce the number of impaired drivers.

Cole, who survived a crash with a drunk driver in 2012, says impounding vehicles is a great move.

Erin Norwood of the Insurance Bureau of Canada says the changes send a strong message.

“If you drink and drive, you will face severe penalties. Your car may be seized, you may be arrested, charged and sent to jail. On top of that your insurance premiums may increase dramatically,” she said.

Norwood says that according to Statistics Canada, New Brunswick is one of only two provinces where the number of impaired drivers under the age of 20 has actually decreased in the last six years.

Chris O’Connell, New Brunswick’s registrar of motor vehicles, says about 1,000 people are convicted of alcohol-impaired driving in the province each year. He says that will mean about 1,000 ignition interlock devices will have to be put into use.

The cost of the interlock devices – about $95 per month – will have to be paid by the drivers using them.

Landry also says he’s confident the province and police will be ready to deal with drivers who may be under the influence of marijuana.

The federal government plans to make recreational cannabis legal by July of next year, and Landry says there’s a lot of discussion underway across the country to ensure police have the regulations and equipment they need.