She replaces Ulrich Kadow, who is now global head of marine for Munich-based AGCS, which has offices in Toronto, Montreal and Vancouver.

Dykeman has more than 25 years of commercial P&C experience for insurers in Canada. She has been head of MidCorp – an AGCS Canada division that insures small and mid-sized organizations – since 2016. Before joining AGCS, Dykeman was head of business insurance for Travelers Canada. 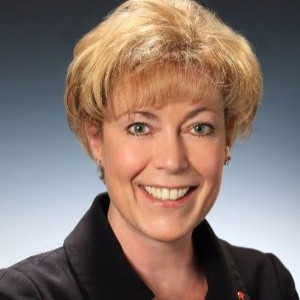 “A successor to Dykeman as the Head of MidCorp for AGCS Canada will be announced in due time,” AGCS said July 16.

In Canada, Allianz Global Risks US Insurance Company ranked seventh last year in the Canadian boiler and machinery market, according to the soon-to-be released 2019 Canadian Underwriter Statistical Guide. The insurer had $318 million in net premiums written in Canada in 2018.

In Canada, AGCS also writes insurance for financial lines, aviation, marine, energy and construction, among others.

In a separate release this past May, the Ontario government announced that Dykeman was appointed by the Ministry of Labour to conduct an “operational review” of the province’s mandatory government-run workers compensation insurance program.

Along with Sean Speer, Dykeman is commissioned to provide the government with new information regarding the operations of the Workplace Safety Insurance Board and how it compares to other organizations.

Speer is a senior fellow in public policy at the University of Toronto’s Munk School of Global Affairs and Public Policy.

Kadow, who has worked for AGCS since 2006, was appointed chief agent for Canada in 2015. Before that he was global head of package and multiline for AGCS.

Worldwide, AGCS wrote more than 8 billion euros in gross written premiums in 2018. Nearly half (43%) of its business is in North America.

AGCS was formed in 2006 by merging the various Allianz companies operating under the Allianz Global Risks and Allianz marine and aviation brands into one global brand.